President Paul Kagame has said that the wellbeing and advancement of communities is a global responsibility, involving a cohesive public-private partnership.

An Ekocenter is both a community centre and a general store, based on a social enterprise model.

The solar-powered flagship Ekocenter site in Rwanda stands to benefit up to 25,000 residents with access to services such as a fully-fledged health centre, a telecommunication tower for 3G WiFi-enabled internet access, a purified water collection centre, mobile charging services, a retail store, and a lit football field.

The launch of the facility was also graced by Muhtar Kent, the Chairman and CEO of The Coca-Cola Company; renowned American civil rights activist and politician Jesse Jackson; government officials; Coca-Cola global and regional directors; Randall Hogan, Chairman of Pentair, among others.

President Kagame lauded Cola-Cola’s “important business” in Rwanda with BRALIRWA (the country’s biggest brewer), and termed the company’s attention to the socio-economic development of the country as the “most commendable”.

“The facilities inaugurated here, demonstrate that the well-being and advancement of communities, is a responsibility for all of us,” said Kagame.

He added that, “by working together with other companies, as well as government, civil society, and most importantly citizens themselves, a win-win situation is created, for everyone involved.”

The President said that the benefits of the public-private partnerships normally unfold in the wider context of the Sustainable Development Goals, to which the world committed itself last year.

“These Global Goals cannot be achieved with public funds alone. After all, merely eliminating poverty is too small an ambition. Instead, the urgent focus is to lay the foundation, for sustainable and equitable prosperity, in every corner of the globe,” he said, adding that this explains why the Global Goals emphasise strengthening partnerships among governments, the private sector, and civil society.

Coca-Cola partnered with a range of other companies to put up the facility- they include; Ericsson MedShare, Pentair, Phillips, Solarkiosk and TIGO Rwanda.

According to officials, the exact amount of money that set up the EKOCENTER is yet to be consolidated, due to a number of partners involved, but the health facility is estimated to have cost about $300,000 to renovate and revamp with new machinery, according to sources from Coca-Cola.

Other partners like Philips power the new football field and surrounding areas, including the health centre; Solarkiosk designed and operates the new Ekocentre, which is run by a female entrepreneur and serves as a local retail store where solar solutions, basic necessities and Coca-Cola products are sold.

A 20-litre-jerrican of filtered water retails at Rwf50, while the same volume of treated tap water costs Rwf20.

There are currently 23 EKOCENTERS in Rwanda; 13 of them located in Eastern Province.

Kagame said public-private partnerships should not be about the company’s size-as long as it can “meaningfully support” Rwanda’s efforts, through jobs and training, but also with community projects, such as EKOCENTER.

All the collaborations are guided by this spirit, Kagame said.

“So let’s do even more together, in the years ahead… The private sector has a good partner in Rwandans. We want to make the best use of all the resources available to us. Above all, we want to see measureable results, in the lives of people.”

In his remarks, Kent explained why they came up with the Ekocenter concept; “It’s because we know our growth and our partners’ growth can only be sustainable when the communities we serve are strong. By working across the ‘golden triangle’ of business, government and civil society, we believe we can support increased local investment and help make communities like Ruhunda more economically and socially sustainable.”

He added: “Rwanda is on the move, marching towards a very prosperous future-and we are proud to be part of it at Coca Cola. In 2013, when I met President Kagame in the US, we talked about this vision.. I am so honored to make it happen in a short two years.”

Angelique Muhawenimana, a resident of Ruhunda cell and a mother of two had a miscarriage last November.

She says that “without the health facility near her home, the consequences of the miscarriage might have resulted into worse end-results at the time. The health centre has really supported us in many ways”

Ruhunda health centre maternity ward conducts about 60 child deliveries per month. The health centre has 32 staff with about 20 of them being nurses and the rest support staff. It also receives up to 200 people on a daily basis, according to the managers.

The health centre was established in 1986, but due to limited resources, it was not able to grow, making the Coca-Cola and MedShare sponsored revamp a timely boost.

Jesse Jackson paid tribute to President Kagame, whom he referred to as a man of integrity and vision.

With the Ruhunda site, Coca-Cola and its partners have now opened more than 100 Ekocenters in seven countries across the globe and, by the end of the year, they plan to open at least 177 of such facilities in 10 countries, serving at least a million people.

Tanzania: Choppers - Made in Tanzania 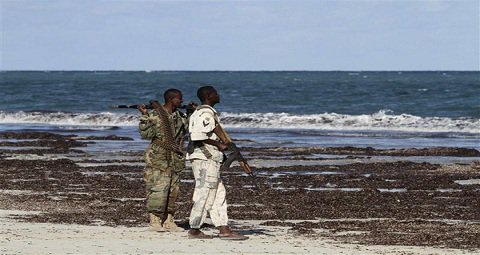