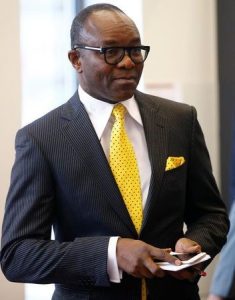 ABUJA (Reuters) – Nigeria will talk with the Niger Delta Avengers militant group which has claimed a string of attacks that cut crude output sharply, its oil minister said.

The southern Delta swamps, where many complain of poverty and oil spills, have been hit by militant attacks on oil and gas pipelines which have brought Nigeria’s oil output to a 20-year low, and helped push oil prices to 2016 highs on Tuesday.

President Muhammadu Buhari had appointed a team led by the national security advisor “to begin the process of a very intensive dialogue with those caught in the middle of this,” Oil Minister Emmanuel Ibe Kachikwu said late on Monday, while Buhari was in Britain seeking medical treatment

“Our prayer is that this works so that we resort to dialogue rather than use of force,” he said.

Kachikwu said the military would scale back its campaign to hunt down the militants in the southern region, which produces much of Nigeria’s oil.

There was no immediate response from the Avengers group which has been issuing statements through its Twitter account.

A former militant group, the Movement for the Emancipation of the Niger Delta, which laid down arms in 2009 under a government amnesty, accused the army of an “disproportionate use of force”.

MEND, which was one of the largest militant groups, also said the Delta Avengers had attracted some of its former fighters. So far it has been unclear who is behind the Avengers.

“Many of whom were MEND commanders and fighters who jumped on the Presidential Amnesty gravy train without knowing why they took up arms in the first place,” the MEND statement said.

“Over the last two months, we have probably lost about 600,000 barrels from various attacks of militants in the area,” he said.