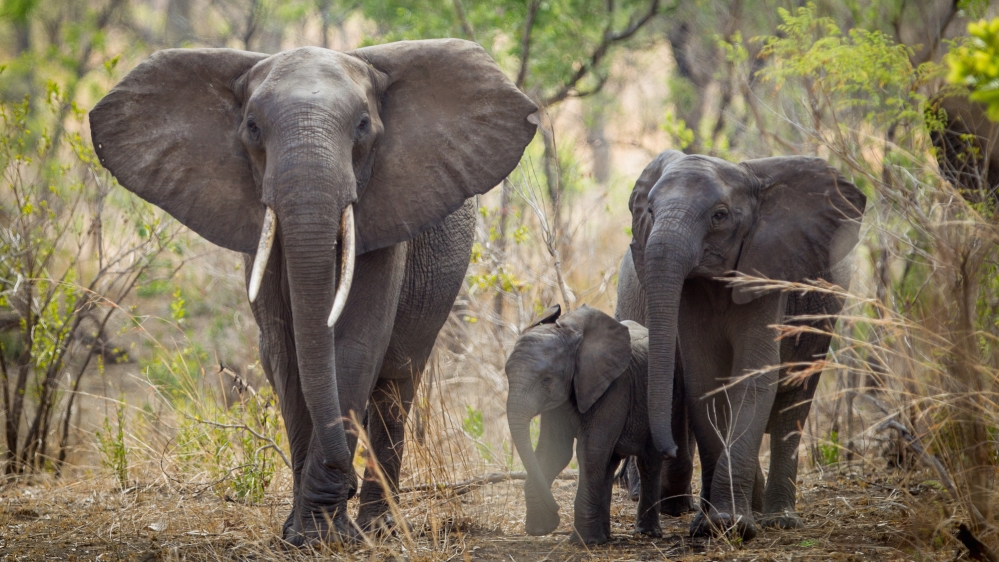 Conservationists in Malawi will next month attempt the largest-ever relocation of elephants in Africa.

They will move 500 elephants from two overcrowded wildlife reserves in the country’s south to Nkhotakota Wildlife Reserve, a distance of more than 300km.

The relocation of the herd by African Parks, a non-profit conservation organisation, is an effort to halt a steep decline in elephant numbers, the result of ivory poaching and loss of habitat.

Over the past 20 years, Malawi’s elephant population has been halved – from 4,000 to 2,000 amid a continent-wide decline.

“Most of the news we hear about elephants out of Africa is about the poaching crisis, and their steep declines,” Andrea Heydlauff, the organisation’s director of strategic communications, told Al Jazeera.

“This is a story about restoration and providing a future for Malawi’s elephants,” she said.

The $1.6m relocation operation, funded by the Dutch Postcode Lottery, will require small groups of elephants to be sedated, using darts shot from a helicopter.

The first herd will then be transported by trucks from Liwonde National Park to the Nkhotakota wildlife reserve, where a 16,000-hectare elephant sanctuary has been fenced off.

African Parks says the elephant sanctuary will provide a boost to local tourism.

The reserve will also be a breeding ground for 1,000 other animals, including zebra, warthog, impala and kudu.

African Parks has been building a 240km electric fence to contain the animals and plans to fit some of the elephants will collars to monitor their movement.

The organisation has also stepped up surveillance and security to stop poachers.

Some experts have expressed concerns that such a large-scale and long-distance elephant relocation could result in problems.

“Animal welfare concerns would be the emotional experience of the capture process, destabilising social groups, [and] distress due to transport and novelty of unfamiliar territory,” Richard Ssuna, country director of the All Creatures Animal Welfare Group, told Al Jazeera.

“It is my hope these issues have been given ample consideration.”

Environmental experts have also warned that the change in environment will force the elephants to adapt their diet.

“The change … means change in the food in terms of botanical diversity for the elephants,” Clifford Mkanthama, of the Protecting Ecosystems and Restoring Forests in Malawi project, told Al Jazeera.

“Liwonde is a flood plain and Nkhotakota is mountainous. This means the elephants have to first acclimatize to the environment to cope with their new territory.”

World Comes Together with $1.35 billion for Yemen