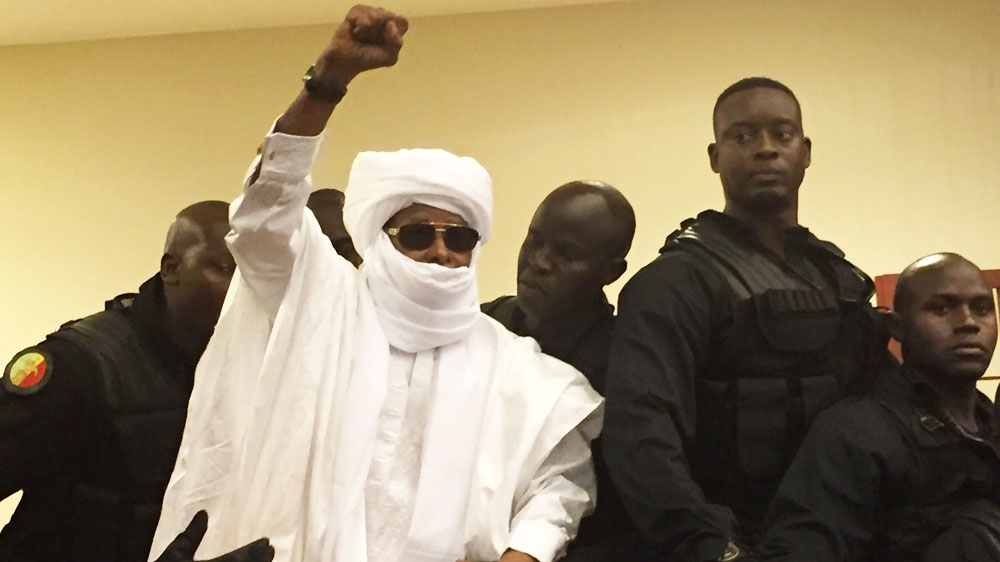 Court-appointed lawyers for former Chadian military ruler Hissene Habre said they have appealed his life sentence for war crimes, crimes against humanity, torture and sexual slavery handed down by a special court in Dakar last month.

“We formally made the appeal yesterday” against the “unfavourable” verdict reached on May 30, Mbaye Sene, a lawyer on the defence team, said on Saturday.

The 73-year-old ex-leader, who had declined to address the tribunal throughout the 10-month trial and refused to recognise its authority, was not consulted but that would not hinder the appeal process, according to both Sene and a spokesman for the special tribunal, Marcel Mendy.

“The lawyer’s commission have submitted the paperwork for Habre’s appeal,” Mendy said.

OPINION: The long road to justice for Chad’s Hissene Habre

Last month’s verdict against Habre brought closure for relatives of up to 40,000 people killed and many more kidnapped, raped or tortured during his 1982-1990 term as president of Chad.

Habre’s case was heard by a special tribunal set up by the African Union under a deal with Senegal, and marked the first time a country has prosecuted a former leader of another nation for rights abuses.

The tribunal spokesman said the appeal process is not expected to conclude before April 2017, as the judges first have to decide on the question of civil compensation lawsuits filed on behalf of the victims’ relatives.

“The decision is expected on July 31, so it’s after that decision that the judges who will sit on the appeals court will be designated,” Mendy said.

Meanwhile, the lawyers chosen by Habre himself, who had boycotted the trial on his instructions, said they will hold a press conference in Dakar on Monday.

Known as a skilled desert fighter and often dressed in combat fatigues to fit the role, Habre fled to Senegal after his 1990 ouster by Chad’s current President Idriss Deby.

For more than 20 years, Habre lived freely in an upmarket Dakar suburb with his wife and children. He was arrested in Senegal’s capital Dakar in July 2013, less than 72 hours after US President Barack Obama expressed his support for a trial during a visit to the West African country.

Victims were subjected to electric shocks and waterboarding while some had gas sprayed in their eyes or spice rubbed into their genitals, the court heard.