The successful development of the giant Kibali gold mine in the northeast province of the DRC has demonstrated the capacity of mining to boost the economies of African countries and improve the lives of their people, says Randgold Resources chief executive Mark Bristow.

Bristow was speaking to local media on a facility visit to the mine shortly after arriving there with his BoyzonBikes fundraising motorbike ride.  Titled Safari Kwa Afrika Bora  –  Swahili for Journey for a Better Africa  –  the more than 8 000 kilometre charity ride is crossing the continent from the east coast of Kenya to the west coast of the DRC through dense equatorial jungle.  The fourth of its kind Bristow has undertaken, it aims to raise $3 million for the independent charitable foundation Nos Vies en Partage which Randgold established in 2014.  The foundation plans to donate this to programmes which support neglected children and abused women across Africa, with this year’s focus being the widows and orphans of past conflicts and the rehabilitation of child soldiers.

With a resource base of 20 million ounces of gold and reserves of 11 million ounces, the Kibali mine ranks as one of the largest gold mining projects in the world.  While it will only be completely developed by 2018, when its underground operation comes into full production, it is already producing more than 600 000 ounces of gold annually and employs more than 4 000 people, almost all Congolese nationals.

Bristow said Kibali represents an investment of $1.8 billion to date of which some $1 billion has already been spent with Congolese contractors and suppliers, many of whom have established local operations leading to the creation of a new economic frontier in this remote region of the country.

“Kibali has brought new life and opportunity to this province, resettling more than 20 000 people from very basic villages in a model town with comprehensive amenities, including provision for healthcare and education, building an effective infrastructure and attracting the providers of the goods and services required by a developing society,” he said.  “That so much has been achieved in such a short time is a tribute to the cooperation Randgold has received from our DRC business partners, central and local government as well as the community.  And we should not forget the vital role played by the international investors who were prepared to risk their capital on this venture.”

“There have been stresses and strains along the way but, by working together towards a common goal, Randgold and Kibali’s stakeholders have been able to overcome these.  It is in this same spirit of partnership that Randgold is now working with the authorities and the community to unlock the potential of the northeast province’s great mineral and agricultural resources.  A number of projects are already in an advanced planning stage,” he said.  “The palm oil project, initiated by Kibali, progressed this week when the government issued an arrêté granting the project full exoneration from duties on all capital items needed in the milling and refining operations as well as the plantation establishment.  A further two arrêtés, regulating all fiscal and land matters, are expected shortly to complete the agreement with the government regarding the project’s investment framework.”

In a related move, it has launched a ‘good citizen’ initiative, in which Kibali is working closely with local stakeholders, security forces and civil society, to establish a structure for peaceful conflict resolution and the maintenance of public assets and infrastructure.

The company is also making a significant investment in the development of the country’s human capital by training Congolese as professional managers in line with its policy that all its operations should be run by local nationals.

“We’re not just creating jobs, we’re creating careers, and for generations to come Kibali will be managed by Congolese citizens with world-class skills,” he said. 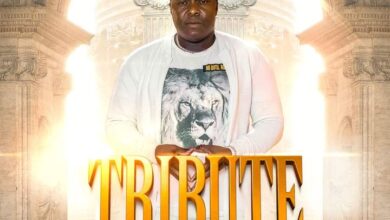