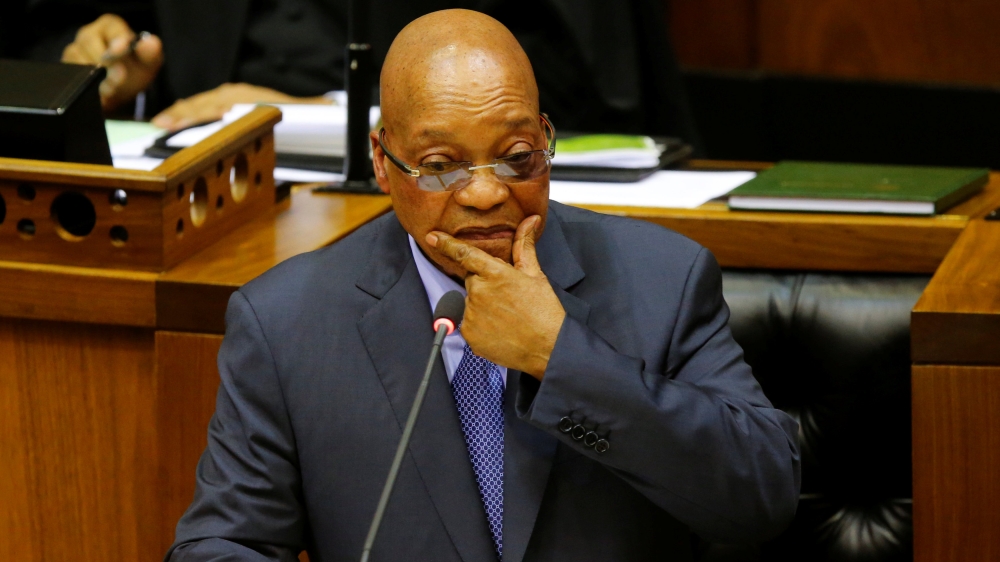 South Africa’s Treasury has recommended that President Jacob Zuma should pay back more than $500,000 of public funds spent upgrading his private residence with facilities including a chicken coop and a swimming pool.

The Treasury said in a statement on Monday that Zuma, the head of the ruling African National Congress (ANC) party, should pay back $509,000 for the unnecessary renovations.

In March, the country’s highest court found that the president had violated the constitution by defying an order to repay some of the money used in the $23m non-security upgrades for his home in Nkandla, in the rural eastern province of KwaZulu-Natal.

The work included a swimming pool, which was claimed to be a fire-fighting facility, a chicken run, a cattle enclosure, an amphitheatre and a visitors’ centre.

The main opposition party, the Democratic Alliance, said that the sum was too low but was still a damning indictment of the president.

“The president should pay back 100 percent of the non-security upgrades – previously we determined that amount to be up to $3.4m,” party spokesman Mabine Seabe told the AFP news agency.

“This [the Treasury’s report] sends out a clear message to those involved in corruption, especially those in the ANC, that you will be held accountable for your actions, even if you are the president.”

Zuma has previously defended the upgrades, saying that the accusations against him were unfair given the importance of protecting any head of state.

The 74-year-old has been repeatedly urged to step down by several ANC veterans who fought in the anti-apartheid struggle that brought Nelson Mandela to power in 1994.

But he retains widespread loyalty in the party, and ANC politicians have regularly rallied to his defence.

In April, they easily defeated an opposition move to impeach the ANC leader who has been in power for seven years.

He has been haunted by months of scandals, including his sacking of two finance ministers in four days last year which rocked the markets and saw the rand currency plummet.

South Africa holds local elections in August and, if the ANC suffers a major drop in support, Zuma could lose backing within the party and not serve out the last three years of his final term.

Last week, a separate court threw out Zuma’s attempt to appeal against a ruling that he should face almost 800 corruption charges that were dropped in 2009 shortly before he came to power.

Coronavirus – Cameroon: 80,366 households were visited and sensitized as part of the Douala operation