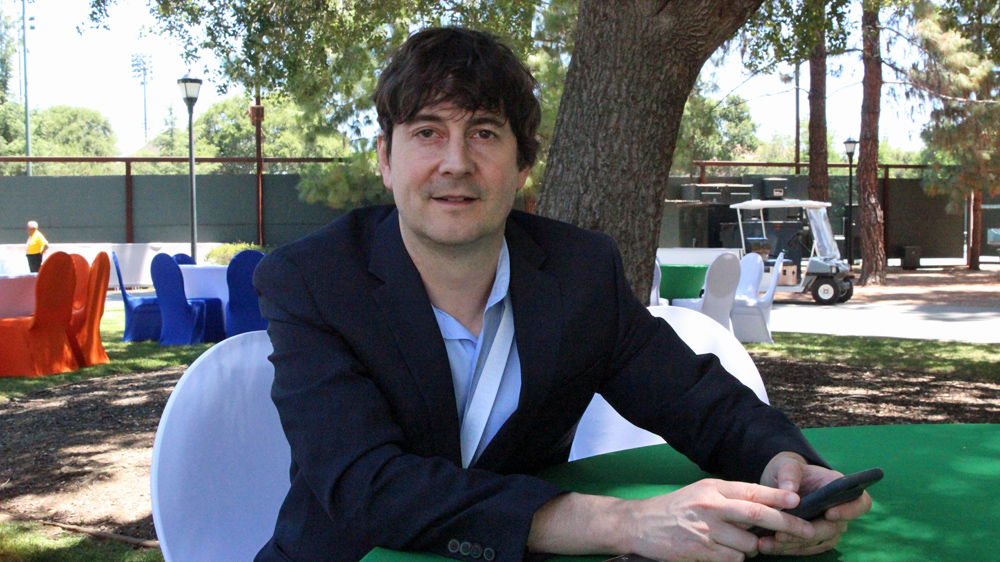 Palo Alto, United States – It’s a crisis that has spiralled out of control with more than 65 million people around the globe now called refugees.

As hundreds of young socially conscious innovators from around the globe meet in the Silicon Valley this week with investors seeking to back their projects at the Global Entrepreneurship Summit (GES), one unique organisation is seeking to tackle the unfolding disaster by reframing the entire way those fleeing their countries because of war or persecution are treated.

Sasha Chanoff has decades of on-the-ground experience with refugees having worked throughout Africa in some of its bloodiest war zones. He sat down with Al Jazeera to discuss the work of his group, Refuge Point, and how it is seeking to override the systematic failures of the current refugee catastrophe.

Al Jazeera: Tell us about your organisation and how it is addressing the refugee crisis.

Chanoff: Refuge Point is an innovative organisation that looks at creating new ways to get refugees to places where they don’t have to be refugees any more. We work to help refugees permanently relocate to countries where they can rebuild their lives.

We also look to see how refugees can become self-reliant in the countries to which they fled. I started Refuge Point to attend to those people who fall through the cracks of humanitarian aid, those who are most at risk and need to get to another country to be safe.

We work across Africa in about 16 countries right now. We’ve also sent staff to the Middle East and are sending some to other locations across the world.

Al Jazeera: Are you at GES to find investors make your humanitarian efforts financially viable?

Chanoff: Yes absolutely, our organisation is privately funded, which is different from how our field works. Most of the funding in our field flows from governments and the UN refugee agency to NGO implementing partners who provide services to refugees. But this whole way of providing emergency services year after year after year doesn’t work any more, because the average amount of time someone is a refugee these days is 20 years.

We have more people displaced by conflict than at any time in history. The latest numbers that just came out are about 65 million people who have fled their homes because of conflict and persecution. So the aid system is broken. There’s no money to give people emergency aid year after year any more, and the whole way of thinking that people will return home doesn’t work.

Refuge Point teaches people to become self-reliant so they don’t need aid. We also teach our best practices so that others can learn from them. We do all of this with private funding. So one of the goals of my presence here is to connect with investors who are interested in new ways of thinking about how to address the global refugee crisis.

Al Jazeera: Why would investors invest in taking care of refugees? What are the offshoots in terms of their interests?

Chanoff: We have some of the most successful businesspeople in the country and in the world who support our organisation … These people have invested in us because they have a vision for making the world a better place and they see that we can help bring that vision to reality. My sense is people invest in us because they feel a core sense of connection to humanity. They understand the refugees are innocent survivors of terrible violence, and yet they’re entrepreneurs and people who want to contribute.

Our investors have met many of the refugees that we have helped, and they’ve seen that these are people who have gone on to inspire others, to build companies, who can change how people think about refugees. And that’s why people invest in us.

We help refugees permanently relocate to the United States, Canada, Australia and other countries around the world when they are in life-threatening jeopardy overseas. We also help refugees to establish themselves in countries to which they fled with business and self-reliance opportunities so they don’t need humanitarian aid.

We have found that a growing number of people believe in us and want to support us. We’ve received a number of different accolades and recognition for our work. Last year, the White House termed us the “Champion of Change” organisation. We’ve received the Harvard Gleitsman International Activist Award, which Nelson Mandela and Muhammad Yunus have received, and we’ve received recognition from some of the great business leaders of our time.

The post Investing in the future of refugees appeared first on African Media Agency.