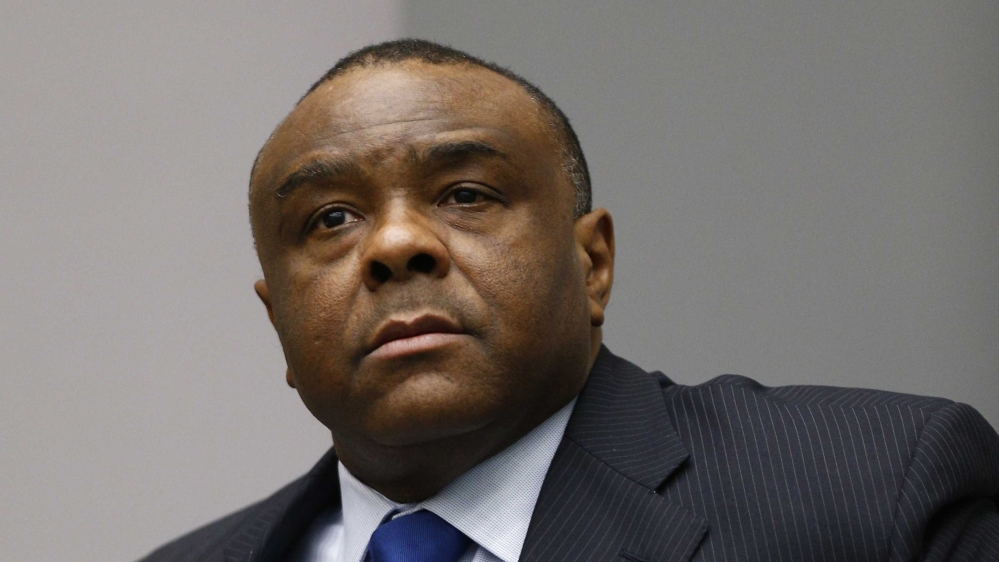 The International Criminal Court has sentenced former Congolese vice president Jean-Pierre Bemba to 18 years for murders, rapes and pillaging committed by his troops in the Central African Republic more than a decade ago.

The verdicts announced on Tuesday focused on the actions of his troops, as Bemba commanded a private army of 1,500 men who intervened in the neighbouring Central African Republic’s civil war.

“The chamber sentences Mr Jean-Pierre Bemba Gombo to a total of 18 years of imprisonment,” said judge Sylvia Steiner, ruling that the former militia leader had failed to exercise control over his private army sent into the Central African Republic in late October 2002 where they carried out “sadistic” rapes, murders and pillaging of “particular cruelty”.

Fadi El Abdullah, a spokesman for the ICC told Al Jazeera the ruling was “important for the victims” and “the first time they would see justice for the crimes they suffered from”.

Prosecutors at the ICC had called for a minimum 25-year jail term in the landmark case, the first to focus on rape as a weapon of war by the ICC, which was set up in 2002 to try the world’s worst crimes.

Bemba was convicted in March on two counts of crimes against humanity as well as three counts of war crimes.

His arrest in 2008 came as a surprise both to Bemba and his supporters and opponents at home. He had been living in semi-exile in Europe for several years when prosecutors sprung a trap by issuing an arrest warrant during a visit to Belgium, Congo’s former colonial master.

His forces the Movement for the Liberation of Congo militia (MLC) had deliberately targeted civilians as part of a “modus operandi” as they sought to halt the coup bid against the Central African Republic’s then-president Ange-Felix Patasse.

Men, women and children were all raped – in one case three generations of the same family were gang-raped by MLC soldiers who held them at gunpoint and forced relatives to watch.