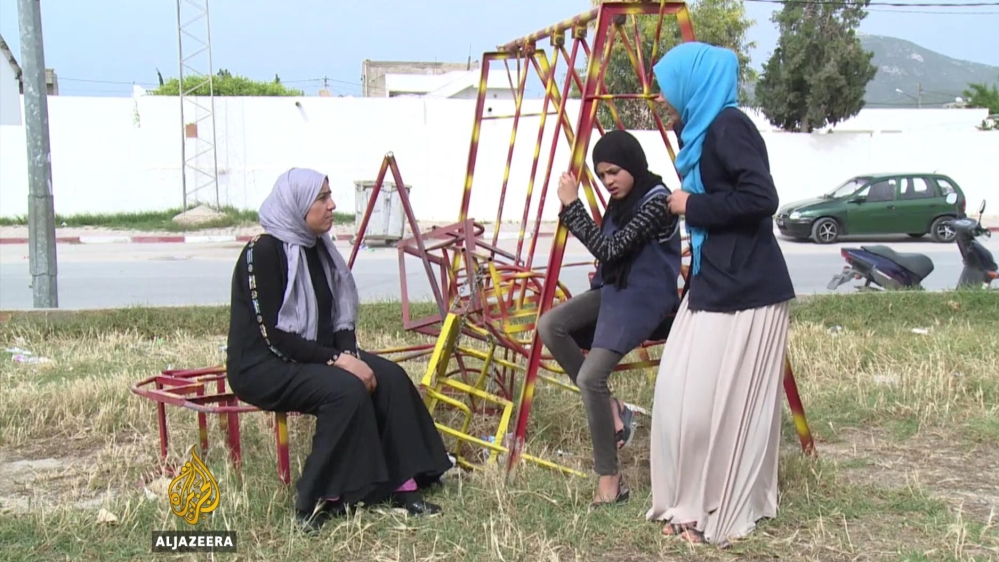 Tunis – About 700 women and girls are among the 5,000 Tunisians who have been recruited by the Islamic State of Iraq and the Levant (ISIL) and other armed groups.

As they travel to countries such as neighbouring Libya, they leave behind their families who quickly become distraught about their loss.

“There’s no happiness or smiles in this house,” says Olfa Hamrani, a mother whose children fled to fight with ISIL, also known as ISIS.

“I wish I could die, that would be better. If I didn’t have two other daughters, I would have killed myself.”

One of Hamrani’s daughters married a fighter who is believed to have helped plan attacks on tourists in Tunisia last year.

But her daughters who left were later arrested and are being held in a prison in Tripoli, Libya.

Her five-month-old granddaughter is also with those arrested.

Then, almost overnight, they wanted to switch off the music and the TV, and they started talking openly about joining ISIL.

“When they adopted this doctrine they never listened to me again. Daesh [ISIL] is the first and last for them, their mother, father, ruler, everything … their dreams and hopes,” said Hamrani.

Hamrani says her priority now is to protect her younger daughters, who have themselves expressed interest in joining ISIL.

Now they are seeing a psychologist and are not allowed to speak to their elder sisters.

In May, Tunisian police arrested three girls from a school in Sidi Bouzid who had been planning to travel to Libya. They were held for almost a week, and then released.

The government would not comment on the arrests to Al Jazeera, but Neji Jalloul, Tunisia’s education minister, said that it is “doing everything it can to counter the message of recruiters, including offering classes on culture”.

He added: “A child has to understand they are sacred. And life is sacred. Their country, family and people need them from their cradle to their grave.”

Given the difficulties of the routes from Turkey into Syria and Iraq, researchers have noticed an increase in social media messages advising potential female recruits to head to Libya.

In the past year there has been a massive security crackdown in Tunisia.

Most of those who return from fighting abroad face jail.

“When women return to Tunis, they are a widow or a wife,” Mohamed Iqbal ben Rejeb, of the Rescue Association of Tunisians Trapped Abroad, told Al Jazeera.

“There’s more pressure because she’s considered the honour of the believers. And honour is one of the most sacred things.”

He offers support to the families of fighters and says women returnees are closely watched by both the police and members of armed groups .