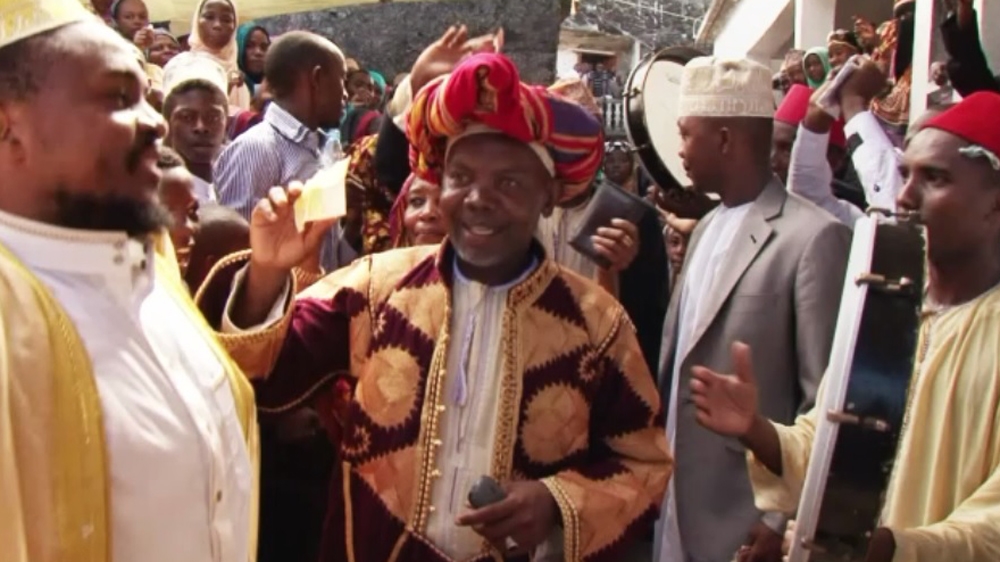 But now Elias and his wives are about to take part in the great Comoran tradition of the “grand marriage”.

The grand marriage is an age-old institution which has been passed from generation to generation on the islands of Grande Comore, Moheli and Anjouan.

It’s a symbol of social status on the islands and a must for any self-respecting Comoran, a commitment not even the President of the Republic can avoid embracing.

A Comoran man can only wear certain elements of the national dress or stand in the first line at the mosque if he has had a grand marriage.

There are two types of legal unions in the Comoros – the small marriage and the grand one.

The ordinary wedding is an intimate gathering and one which has to satisfy the appetite for celebration until the married couple decide it’s time for – or they can afford – the grand marriage.

This is normally at least a year after the smaller ceremony and involves a major series of parties, processions and gatherings that can last up to two weeks and take over the whole village.

The grand marriage is as important for the bride as it is for the groom, with some beauty preparations starting as long as six months before the event. Other women might only take a week of pre-nuptial make-up preparations, depending on the couple’s social and financial status.

The grand marriage certainly doesn’t come cheap and Elias claims to have spent all his money, more than €20,000, on the wedding – not much by modern international standards but a small fortune on the Comoros, which are among the 20 poorest nations in the world.

But while half the population continues to live beneath the poverty line, the grand marriage remains an important beacon of Comoran social standing.