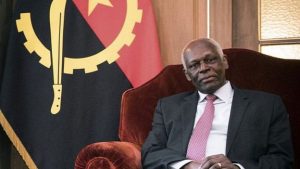 This, after President dos Santos fired all board members of Sonangol in April. Isabel dos Santos, who described herself as a self-made billionaire, is currently Africa’s richest woman with an estimated worth of $3.3 billion, according to U.S.-based Forbes magazine.

UNITA spokesman Alcides Sakala says the appointment of Isabel dos Santos – the oldest daughter of the president – is yet another demonstration of favoritism and graft perpetuated by the ruling Movement for the Liberation of Angola (MPLA).

“It is not a surprise for us because the lady was recently appointed by his father as a person who would be restructuring the oil company. So, although we are disappointed, it has not come as a surprise. It was something expected [and] it confirms what we have been saying about the politics of nepotism in our country,” said Sakala.

Supporters of the governing MPLA disagreed. They contend Isabel dos Santos is best qualified and competent, who they said would bring her private business acumen to the state-owned oil company to restructure and transform Sonangol to create jobs for the youth.

Supporters also said charges of nepotism and favoritism are unfounded, saying that being the daughter of the president should not preclude her from being considered for any prominent position in the administration, particularly since she is qualified. They said she is a citizen whose talent should be tapped to help the nation when her skills are desperately needed. The supporters say the opposition leaders appear to be showing signs of jealousy and are just opposing the new appointment for the sake of it.

Sakala disagreed. He cited a constitutional provision that prevents parliamentarians from engaging in business activities because they make laws governing the sectors. Sakala says the same rule should apply in the case of the appointment of the daughter of the president to head the state oil company. He says there are other qualified Angolans who could run the affairs of Sonangol.

“The president I think is trying to have all his sons [children] and relatives having an important role on the management of the wealth of the country. Isabel is now in the oil sector, his son is dealing with the federal funds as you can see and all his friends now are part of this processes, which are making a small group of Angolans very rich. It is politics that UNITA has been denouncing for the past year,” said Sakala.

“We are not jealous… This is a conflict of interest…I think from the ethics point of view, the appointment is wrong and it is also against the law.”

Meanwhile, a section of the supporters of the opposition UNITA has called on the party’s leaders to seek legal redress at the Constitutional Court to challenge Isabel dos Santos’ appointment. But, Sakala says the leaders have yet to make a firm decision on the party’s next line of action.

“We as UNITA, we are going to analyze it in the light of the Angolan law and we are going to take a position on that. I think it is not correct that you as a president to have all of your family dealing with public money for the benefit of the family,” said Sakala.

“There are so many views within the party [UNITA] and the leadership is going to take them into account to make an assessment as far as these positions are concerned and …When you look at the country where poverty is a real national problem. In our country people are starving, facing a lot of difficulties and you take your family as managers of the wealth of the country… We would soon make the position of the party known.”