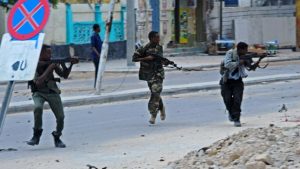 Al Qaeda militants in Somalia planned and prepared “imminent attacks” against U.S. forces there, according to a recent statement from U.S. Africa Command.

The plans prompted a U.S. airstrike just last week against the militants in Somalia, according to the little-noticed Africom statement.

“The operation was conducted after it was assessed the terrorists were planning and preparing to conduct an imminent attack against U.S. forces,” it said.

There are about 50 U.S. forces on the ground in Somalia, in support of partner forces fighting al-Shabab militants.

The strike comes amid a new assessment by IHS Jane’s Terrorism and Insurgency Centre that said over the course of 2015 and 2016, al-Shabab has “been expanding capabilities and increasing the tempo of attacks.”

Al-Shabab militants recently underscored that threat by storming a hotel in Mogadishu on Saturday, taking guests hostage and killing at least 14. The terrorist group has also claimed responsibility for an attack at another hotel in the capital in early June that killed at least 15 people.

The U.S. has been conducting a steady stream of airstrikes against al-Shabab over the past several months.

In May, U.S. forces conducted five airstrikes against the terrorist group. One strike was conducted on May 27 against Abdullahi Haji Da’ud, a senior military commander for al-Shabab.

Another airstrike was conducted on May 13 in southern Somalia against nine al-Shabab forces, after it was assessed that they were “planning and preparing to conduct an imminent attack against U.S. forces,” Africom said.

“Other similar actions were undertaken on three other occasions in May, including one on May 9 and two on May 12,” Africom said in a June 17 statement.

Africom has typically given little detail on the strikes. On the same day as the May 9 airstrike, a Voice of America report said U.S. troops conducted a joint raid with Africa forces on an al-Shabab base.

In April, U.S. forces conducted two airstrikes, on April 1 and 2, against al-Shabab fighters “who posed imminent threats to U.S. and partner nation forces,” a Pentagon spokesman said on April 4.

“Our forces work closely with partners to combat Al Shabaab,” Pentagon spokesman Capt. Jeff Davis said after the April strikes. “Al Shabaab has pledged allegiance to Al Qaeda, is dedicated to creating safe havens for terrorist operations, and is planning on conducting external attacks in and from Africa.”

In March, U.S. forces conducted several airstrikes and a raid against al-Shabab targets. One airstrike was conducted on March 31 against a senior al-Shabab leader, Hassan Ali Dhoore, and another on March 12 against Adan Garar, a member of al-Shabab’s intelligence and security wing.

Marine Gen. Thomas Waldhauser, who has been nominated to become the next U.S. commander of Africom, testified last week that there has been a slowdown in the last six months of African forces provided to African Union Mission in Somalia (Amisom).

“So countries such as Uganda, Burundi, Ethiopia who provide these forces, they’ve taken a little bit of a back slide,” he told the Senate Armed Services Committee on June 21. “So if confirmed, one of the first things I will do is take a look at the situation inside Somalia so we can get that movement back on track,” he said.

A recent BBC report said that allowances for troops deployed to the 22,000-strong Amisom force, which is funded by the European Union, have not been paid for at least six months.

An European Union source told the BBC that the last six-month payment was being withheld over “accounting issues,” but the head of Amisom then told the British outlet that correct papers had been submitted, and payment was on its way.

The EU has also recently cut funding to Amisom by 20 percent, according to a recent Associated Press report. Uganda’s military chief has said the country plans to withdraw its more than 6,000 troops from the mission by December 2017. 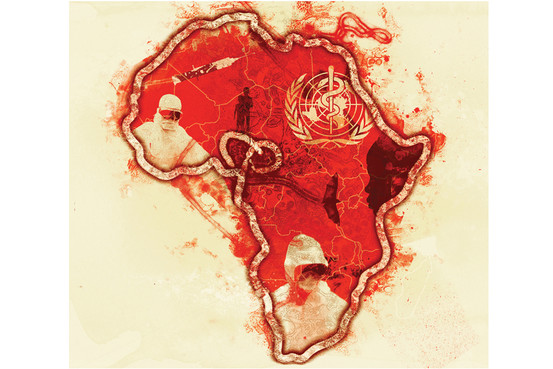 A Tale of Two Africas