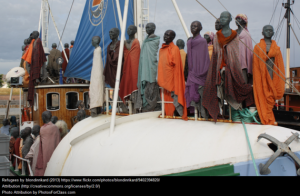 Figures released on World Refugee Day this week showed there are currently an estimated 65 million displaced people in the world – more than at any time in history.

As the head of an international agricultural development organisation working in Africa, I am often asked why we don’t work to address the current migrant crisis from Africa that has overwhelmed Europe.

The question directed to me is usually a sincere one, not borne of xenophobia or racism, but rather from a deep frustration that in our advanced and sophisticated 21st century society we should not be witnessing such scenes, night after night on our television screens.

My answer to such questions is a short one. We are.

For it is only by improving the economic circumstances of rural poor people in Africa that we will ultimately provide them with an acceptable alternative to the hugely risky, life-threatening and demeaning choices currently being taken by millions, as they uproot from their communities and take their lives into their own hands in search of ‘a better life’ somewhere else.

Noone who has ever visited a refugee camp, which I have done many times during a 30-years career that included many years in humanitarian relief, would ever describe these places as anything other than a stopgap. As the name itself suggests it is a place of refuge from something terrible that is occurring elsewhere. It is not the ‘better life’ that millions are taking huge risks to seek out.

EU plan, announced this month, sets out a framework that the Union believe can tackle some of the root causes of migration from Africa.

While the ‘carrot and stick’ approach in these proposals – which include a combination of aid and trade incentives – has been criticized by some African countries, and by aid organisations, it should be viewed as a step towards addressing the underlying cause of much of the current crisis, poverty.

Only by boosting growth in economies, creating jobs, and ensuring that countries can provide a future for their populations will the current flood of migration be resolved.

Building walls, Brexit opt-out campaigns or any number of breaches by Euro states of the Schengen freedom of movement charter are reactions, rather than solutions, to a problem that has been with us for generations. 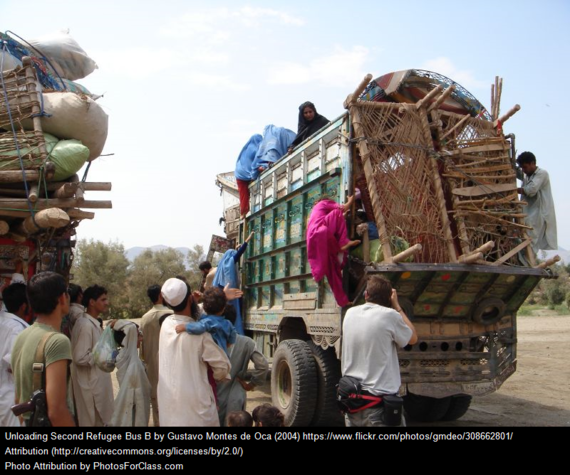 For too long we have failed to properly solve the problem of extreme poverty that continues to cast an enormous shadow across developing countries of the world. That there are almost 800 million people worldwide living in extreme poverty – that’s one in nine of our global population – is proof enough that we are continuing to fail the poorest, and the most vulnerable.

In the current clamour over immigration to Europe it is often overlooked that such mass movement of people is placing a huge burden on the fabric of society across Africa, as well.

Interviews that have been given by refugees themselves – whether in Kenya or in Calais – tell us that if given the choice, the vast majority of those who make the perilous journey across the Mediterranean Sea to Europe would not do so, if their futures at home were not so bleak. 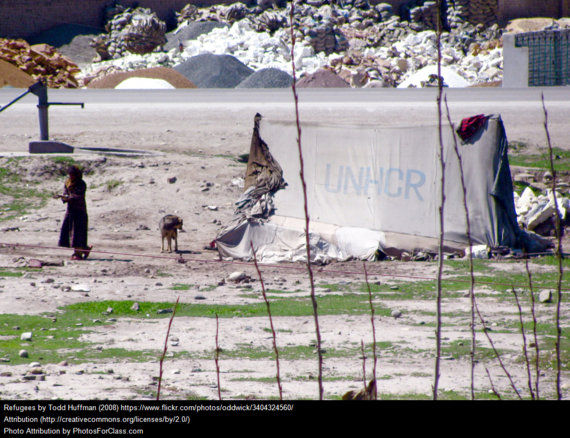 People aren’t only moving across international borders in search of a better life either. There is also an accelerating pattern of rural to urban migration taking place in sub-Saharan Africa that is placing a huge burden on national services.

Africa will become the most rapidly urbanized region on the planet in the coming 25 years, as the number of people living in its cities is projected to soar to 56% of the population, according to UN estimates. That means that many more shantytowns like Kiberi, an urban slum of one million people outside Nairobi, Kenya, will spring up across Africa in the years to come.

At Self Help Africa our focus is on supporting rural poor communities to support their populations through an innovative mix of agricultural and enterprise development activities.

By supporting rural poor households to grow more, and access profitable markets for their produce, Africa’s small-scale farming families can realise the better future that they desire for themselves and their communities.

Self Help Africa believes that by contributing to the creation of an economically vibrant African agricultural sector, we can play our part in tackling this challenge.

And in the same way, the announcement by the European Union of a combination of new aid and trade deals with Africa to support economic growth, has to be regarded as a positive approach to a crisis that has been going on for too long.