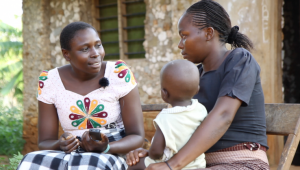 “When we launch it will be the world’s first drone delivery operating at a national scale in the world,” Zipline CEO Keller Rinaudo told TechCrunch in this story.

Increasingly, Africa is becoming a testbed for commercial drone activity, with some of the boldest initiatives shaping up in Rwanda, which were highlighted at the recent World Economic Forum Africa meeting in Kigali.

Another UAV initiative, Afrotech’s Red Line project, plans to launch open source cargo drones and drone routes across Africa, starting in Rwanda. “What we can expect by 2025…is every secondary town in Africa that wants one will have a droneport,” predicted Afrotech Director Jonathan Ledgard at the WEF.

Uber is also expanding in Africa. The mobile transit venture operates in 13 cities across South Africa, Nigeria, Kenya, Uganda, Morocco and Egypt and will launch in Ghana and Tanzania in 2016. Uber is experimenting with things in Africa—such as cash payments and image based directions apps—it doesn’t really do anywhere else.

The company is also likely to start moving more than just people around the continent.Uber Africa is exploring e-commerce based delivery options, explained its GM for Sub-Saharan Africa Alon Lits, in this TechCrunch piece. This could plug into Africa’s online shopping startups, which have been a magnet for VC this year and even produced anoutside acquisition.

Katie Sarro, former MEST Director of Business Development, has taken over as MD. Neal will remain on MEST’s Board of Directors, and intends to stay active in the African tech space, he told me on a recent call. MEST added a VC fund to its foundation backed incubator last year, as reported here at TechCrunch.

*Source TechCrunch.Jake Bright is a writer and author in New York City. He is co-author of The Next Africa.