Guinea-Bissau reached an Africa Cup of Nations finals for the first time in their history without kicking a ball on Sunday, as Zimbabwe and Ghana also qualified for Gabon 2017.

Zimbabwe were 3-0 winners over Malawi in Harare, and Ghana won 2-0 away to Mauritius.

Guinea-Bissau bolstered their chances of a first Cup of Nations appearance after a 3-2 win over 2012 champions Zambia on Saturday in front of a packed 20,000-capacity national stadium in Bissau.

But they needed Congo Brazzaville to lose in Kenya to seal their place in Gabon, and Kenya duly obliged, coming from behind to seal a victory in Nairobi.

Congo took an early lead in the Group E match through Ismael Gonzalez who converted a 19th minute penalty.

But the Harambee Stars came back just five minutes later through Ayub Timbe.

Guinea-Bissau’s place in Gabon was cemented in the second half when Eric Johanna scored to give Kenya a 2-1 victory.

But home and away victories over Kenya three months ago helped them upset the odds to win the group.

Ghana went into their game away to Mauritius as favourites to win Group H even without captain and leading striker Asamoah Gyan, who has a thigh injury.

The Black Stars did not disappoint despite a cagey first half which ended without any goals.

Swansea’s Andre Ayew (pictured) broke the deadlock in the 71st minute with a strike from close-range to relieve some of the tension.

The victory means that Ghana have qualified for their seventh successive Africa Cup of Nations finals since 2006.

Zimbabwe clinched a place with a 3-0 win over Malawi in Harare while their while Group L rivals Guinea fell 1-0 in Swaziland.

Knowledge Musona was fouled inside the box and converted the penalty on 16 minutes to set up the convincing home victory for the Warriors.

Recently crowned South African Footballer of the Year Khama Billiat doubled the lead on 36 minutes, firing in from close range.

Roared on by a 40,000 crowd at the national stadium, Zimbabwe struck again a minute from time through a Cuthbert Malajila header.

In Group B, the Democratic Republic of Congo moved closer to the finals with a resounding 6-1 win in Madagascar but Central African Republic’s 3-1 win over visitng Angola stopped DR Congo from qualifying.

Jhon Baggio Rakotonomenjanahary did score a consolation goal for the hosts, but they remain bottom of the group with just two points.

CAR’s win meant they closed the gap on DR Congo to two points with the group now set to be decided in the final round of qualifiers in September.

It is a similar situation in Group D where Burkina Faso beat Comoros1-0 on Sunday to go joint top with Uganda ahead of the last round of qualifying.

Elsewhere, two goals from Getaneh Kebede helped Ethiopia win 2-1 away to Lesotho in Group J, to boost their hopes of finishing as one of the best runners-up.

Later, Liberia can go back to the top of Group A if they can beat visitors Togo.

Victory would set up a winner-takes-all in the final qualifier against Tunisia in September.

The Group C game between Benin and Equatorial Guinea – originally scheduled for 5 June – has been postponed until Sunday 12 June.as long as Benin fulfil conditions set out by Fifa.

These are the penultimate qualifiers, with the group winners and the best two runners-up qualifying for the finals along with hosts Gabon.

The final round of group matches will be played in September. 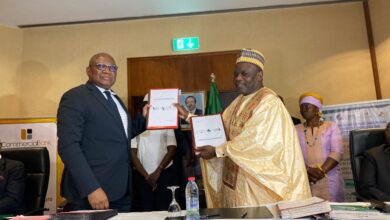 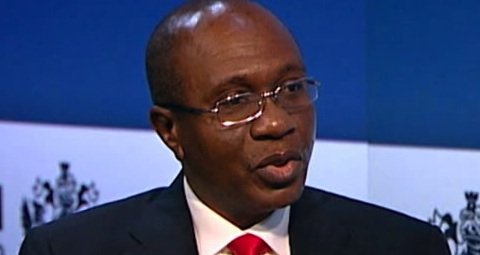