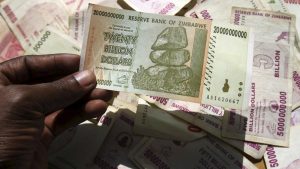 Zimbabwe is introducing its own version of US dollars to deal with its worsening cash crunch. John Mangudya, governor of the Reserve Bank of Zimbabwe, said the bank will introduce “bond notes” of $2, $5, $10, and $20, which will hold the same value as their US dollar counterparts, according to a statement (pdf) yesterday.

Ever since declaring its own currency defunct in 2009, Zimbabwe has relied on a basket of currencies that includes the US dollar, the South African rand, the British sterling, and most recently the Chinese yuan. A strengthening dollar has made Zimbabwe’s trade deficit worse—Zimbabwe imports everything from cooking oil to bath soap—imports for the first quarter of the year stood at $490 million, compared to $167 million in exports.
And that has made cash shortages in the country worse. “We’re importing more than we’re exporting and we can’t print money because we use mainly the U.S. dollar,” said Sam Malaba, the chief executive officer of Agricultural Bank of Zimbabwe.
The government is struggling to pay its workers. Some banks haveclosed their ATMs, worried about long lines of anxious depositors. Workers are going unpaid, or else receiving their wages “bit by bit,” according to a farmhand in central Zimbabwe. And parents are struggling to pay school fees, cutting down on groceries, and taking on more debt to pay their bills.

The bond notes, to be introduced over the next two months, will be backed by $200 million provided by the Africa Export Import Bank, the regulator said. Mangudya also said the bank will also convert 40% of dollar receipts from the country’s exports into rand and limit daily withdrawals to $1,000.

Critics say the new bond notes aren’t likely to be well received. Zimbabwe introduced bond coins, of between 1 cent and 50 cents, pegged to the US dollar in 2014, to deal with the country’s lack of small change. But few Zimbabweans
took to them, fearing that the government was bringing back its now worthless currency that caused many to lose their life’s savings.
“The way the economy responds to notes now is the same way it responded to notes five or eight years ago. So there’s not going to be any difference,” said Rejoice Ngwenya, an economist with the Coalition for Markets and Liberal Solutions in Harare. “Mangudya is once again trying to introduce the Zimbabwe currency through the back door.”
*Source Quartz Africa

WHO IS LIBERIA’S GEORGE WEAH, THE FOOTBALLER TURNED PRESIDENTIAL CANDIDATE? 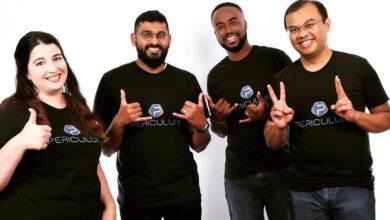