As Nigeria’s tech space has matured over the last few years, it has drawn the attention—and money—of curious investors. But there have been questions with the still-maturing tech industry if any investors are making significant profitable exits.

Well, maybe some of them have. Jason Njoku, founder of iROKOtv, the online streaming service often dubbed the ‘Netflix of Africa’, says his early investors made a whopping 3,000% profit on their early investment.

Less than a year old at the time, Njoku says the investors paid $80,000 for 10% of the iROKOtv but sold the entire stake earlier this year to other existing investors, for $2.4 million. It doesn’t necessarily imply iRokoTV was valued at $24 million because as early investors it is likely their stakeholding was reduced with subsequent rounds of funding.

In a typically frank blog post Njoku explained his journey with investors:

$80k for 10% of iROKO. That’s an $800k valuation. At the time it was crazy for a less than one year old company, which had generated $200, $1k and $6k in the previous 3 months. I was a terrible negotiator then, so was pretty desperate. I actually offered an old university friend of mine 35% for about $50k. Thank God Bastian [iRoko co-founder] did the negotiation and was a less generous than I. In the end? He passed.

Five years after launch, iROKOtv remains a leading player in the video-on demand space. In January, only weeks after Netflix announced its Africa launch, iROKOtv raised $19 million from French cable service Canal+ and the Swedish-based media company Kinnevik AB. The money, the company said, will be invested in producing 300 hours of original content this year and double that by 2018. iROKOtv has grown popular, particularly outside the continent where 55% of its subscribersare located. Offering a range of titles, the online service allows Africans in the diaspora watch flicks on subscription based packages of around$5 per month.

Njoku, who was named a Quartz Africa Innovator 2015, is himself an active investor and mentor to startups in Nigeria. Now one of the biggest destinations for venture capital on the continent, Nigeria ranked only behind South Africa for investment raised in 2015. 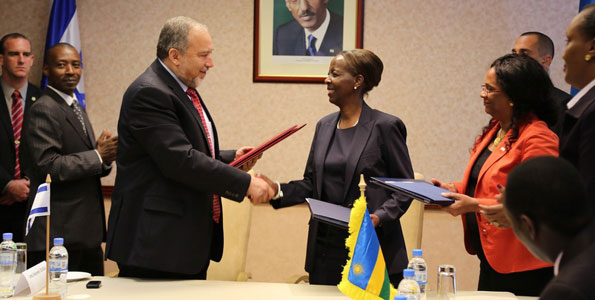 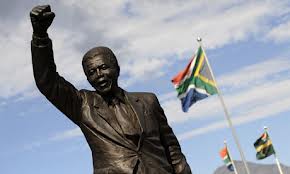 Nelson Mandela and the Rainbow Nation That He Never Saw