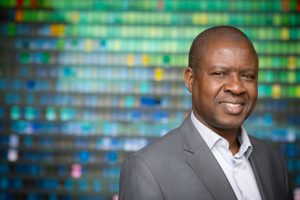 Building on the success of its program in West Africa, Stanford Seed , the Stanford Institute for Innovation in Developing Economies, has announced the launch of the Seed Transformation Program in East Africa
In May, the first group of promising business leaders selected by Stanford Seed will gather in Nairobi to begin a 12-month transformational process led by world-renowned faculty from Stanford Graduate School of Business . Aimed at driving sustainable growth in the East African regional economy through private-sector-led development, Seed will train these established entrepreneurs from Kenya, Tanzania, Rwanda, Uganda, and Ethiopia, in a yearlong, interactive, educational journey based out of Seed’s new regional center in Nairobi, Kenya.

Seed’s expansion into East Africa is intended to boost and scale established businesses in the region. Thirty-one CEOs, founders, and executives have been chosen to participate in the pioneering program. Each member of the cohort was selected based on their leadership capacity and the growth potential of their business. The mission of the initiative is to leverage the innovative and entrepreneurial mindset that is fostered at Stanford to help businesses in developing economies create new jobs, and ultimately, end the cycle of poverty. 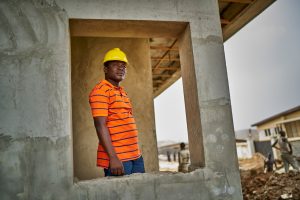 Jesper Sørensen , Robert A. and Elizabeth R. Jeffe Professor of Organizational Behavior at Stanford GSB and Executive Director of Seed, states: “At Stanford we believe that some of the most pressing problems we face today can be addressed through leadership and innovation in the private sector.” The Seed Transformation Program will address specific regional challenges such as leadership, strategy, value-chain innovation, and most importantly, will deliver an invaluable network of like-minded individuals from the Silicon Valley to Sub-Saharan Africa.

Dr. Bécaye Sidy Diop, CEO of Delvic Sanitation Initiatives and past participant from the West Africa program says, “Before coming to the Seed program our objective was to expand in Senegal, and Senegal only. Now we have a big ambition to expand in West Africa. That’s why I say Seed has really transformed our company.” Drawing on what he learned at Seed, Dr. Diop subsequently signed three separate contracts with the Bill & Melinda Gates Foundation to facilitate a two-stage expansion plan. Within the next two years Delvic plans to expand into Cameroon, Ivory Coast, Mali, Tanzania and Uganda.

As Seed East Africa welcomes its first cohort, Seed West Africa  is accepting applications  for their next session (cohort seven) which begins in September 2016. Open to business owners based in West Africa, the deadline for submission is May 31, 2016. Information sessions  will be held in Cote D’Ivoire, Senegal, Nigeria, Benin and Ghana throughout the month of May.

Stanford University, located between San Francisco and San Jose in the heart of California’s Silicon Valley, is one of the world’s leading teaching and research universities. Since its opening in 1891, Stanford has been dedicated to finding solutions to big challenges and to preparing students for leadership in a complex world. One of seven world-renowned schools within Stanford University, the Graduate School of Business delivers innovative, hands-on management education that pairs best practice with advanced theory drawn from rigorous research. Graduates of the business school have founded such companies as Nike, Victoria’s Secret, and Electronic Arts, and lead global organizations such as General Motors, Warner Brothers, General Mills, Pfizer, and AmBev.

Based on the belief that business is one of the most powerful engines of change, Seed is committed to changing lives, changing organizations, and ultimately, changing the world.