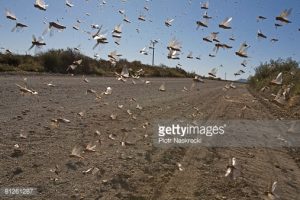 Climate change is reportedly bringing increased pressures of migratory birds and other pests impacting on people’s livelihoods in most parts of the southern African region, according to agricultural experts.

According to Dr Joseph Made, Zimbabwe’s minister of Agriculture, Mechanisation and Irrigation Development who opened the 38th regular session of the governing council of ministers of the International Red Locust Organisation for Central and Southern Africa (IRLCO-CSA) in Harare, the climate is changing in the region bringing  higher temperatures and more frequent droughts than ever before.

“Army worm and quelea bird outbreaks have become more regular in Zimbabwe and other countries in southern Africa, while quelea bird attacks on small grain cereal crops has also increased in Kenya and
Tanzania,” Made said.

Pests such as armyworm, quelea birds, locusts and fruit fly reportedly migrate across international boundaries with no restrictions, causing damage to crops and plants in the environment.  Experts says that a swarm of red locusts with 40 million individual insects is not uncommon during outbreaks, according to Made.

They say that a red locust will eat its own weight of food in a single day and on average, an adult weighs two grams. Therefore, a small swarm with 40 million individuals will potentially consume an estimated amount of 80 Metric Tonnes (MT) per day.

According to Made, experts also report that comparatively, the average daily food intake of a human being is 0,65kg.

“By implication, if a small swarm of the size alluded to earlier were to feed exclusively on a crop, it could deprive a total of 123 077 people of food in one day,” Made added signifying it as a frightening
situation.

He added that the threat from red locusts is as real today as it was at the formation of the International Red Locust Organisation-Central and Southern Africa office in 1949, after the devastating famines of
the late 1920s to the mid 1940s.

He cited the example of  2008 when a heavy swarming of red locusts escaped from the Dimba plains in Mozambique. The swarms reportedly invaded Malawi and Zimbabwe, but fortunately it occurred during the
dry season when they were fewer crops in the fields.

The International Red Locust Organisation Central and Southern Africa office quickly stepped in to control the pests at source and prevented further swarming and invasions of other countries both in eastern and southern Africa.

Apart from red locust management, the organisation works closely with member states technical staff in the surveillance, coordination,data collection, synthesis and feedback on activities of other migratory pests such as army worm, quelea birds and the African migratory locust.

The organisation has carried out applied research in developing environmentally friendly methods of controlling migratory pests and training to agricultural staff, especially at locust breeding sites.

A red locust plague which occurred between 1930 and 1944 invaded many countries south of the equator in Africa.

“That vulnerability to a potential locust plague still lurks in the background, meaning we cannot let down our guard, but continue to support our organisation,” Made warned.

Julia Pierini, CEO of Birdlife Zimbabwe commenting on migration and migratory birds said that migratory birds are not pests by any means and through her organization’s monitoring they have recorded declining
numbers to southern Africa at an unsustainable rate.

“Many thousands of animal species migrate like insects, fish,frogs, birds and mammals. Time is of the essence in migration. The journey itself serves only to move the animal from one place to
another, where it will linger until a change in the environment stimulates a return trip. A voyage that takes too much of a species`annual cycle is not practical,” Pierini said.

She added that approximately 4000 species of birds migrate around our planet earth with songbirds, waterfowl, waders and shorebirds in the majority.
“The main driver is the need to exploit the best food resources,especially during the breeding season.The timing of migration is triggered by changes in day length, as yet not fully understood hormonal changes and local weather conditions,” she added.

Commenting on threats and concerns, Pierini said that migrant birds are facing a multitude of hazards both natural like predation from other animals, the weather and man-made. She said the ones caused by human activity and causing havoc include hunting and trapping, coastal development, wetland degradation,
deforestation, pollution ,long-line fishing, overhead powerlines , wind farms and Climate Change.
“Excessive hunting and trapping of millions of migratory birds over the Mediterranean Sea and across Africa is also depleting global migratory bird populations in an unsustainable manner,” Pierini said. 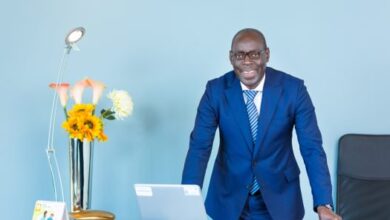