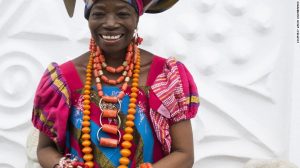 African fashion has always been known for its daring use of color, from acid oranges to luminous blues. When Michelle Obama wore a top by Nigerian designer Maki Oh during her Africa tour in 2013, it was assumed the world’s eyes were finally on the continent as a serious contender for fashion’s emerging markets.

Now, a new exhibition and book explore fashion and street style in four major African cities – Johannesburg, Casablanca, Lagos and Nairobi.
“I wanted to capture a sense of the breadth and scope of the African fashion Renaissance through the prism of these four cities,” says the book’s editor, Hannah Azieb Pool.
“Lagos, with its love of glamor, is turning into a real fashion powerhouse, Joburg has that edge that makes London look sleepy, Nairobi is super creative and Casablanca’s scene is small but distinctive.”
Fashion Cities Africa, which the book is named after, will be the first major exhibition of contemporary African fashion to be showcased in the U.K.
Sub-saharan Africa’s apparel and footwear market is reportedly worth $31 billion according to data byEuromonitor. Labels such as Nigeria’s Maki Oh – recently worn by Beyonce, Jewel By Lisa and Ikiré Jones are establishing themselves as international brands beyond the continent.
Kenya-based designers like Adele Dejak, Anthony Muli and Ami Doshi “are re-framing what it means to be an ‘African’ designer”, explains Pool. “They constantly make beautiful jewelry and accessories that challenge the notion that Africa ‘doesn’t do luxury'”, she adds. 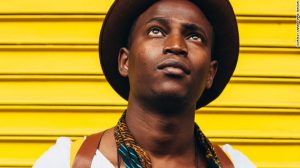 How do Africa’s trendsetters compete with the runways of Milan, New York and Paris? Annual events such as Lagos Fashion Week, launched in 2011, provide opportunities for burgeoning talents to present their work to larger markets says Adebayo Oke-Lawal.
He is the designer behind Orange Culture, an androgynous Lagos based street wear brand. Oke-Lawal’s self-funded debut at Lagos Fashion Week led to his nomination as one of 30 designers for the LVMH prize in 2014.
“Africa is making huge strides in being able to provide a sustainable offering to the fashion industry”, says Oke-Lawal. “People are more willing to support upcoming brands and designers — the Bank of Industry and NEPC for example. Manufacturing has also rapidly improved”, he adds, “textile factories are popping up.”
In South Africa, Tanzanian-born Anisa Mpungwe is behind womenswear label Loin Cloth & Ashes. She became the first black woman to win the Elle New Talent Award in 2008. “My views, conflicts and triumphs affect how I conceptualize my clothes. I am modern, liberal and outspoken in one hand but will still kneel when greeting my elders, a custom I never want to rub off. I see Loin Cloth & Ashes story in the same light,” says Mpugwe. 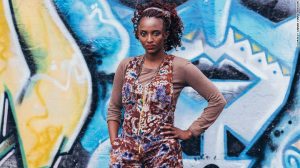 Mpugwe believes the continent is “not afraid of patterns and colors, that’s the one thing that we do in our sleep, so we use it to be louder amongst our foreign friends”.
Describing Johannesburg’s street style, she says being politically aware about race and sexuality is key: “There is an unapologetic attitude and sense of pride in identity, whether condoned or not”.
For those thinking of getting clothes made in Africa, Pool has collated useful advice within the book on navigating its sprawling markets.
“Avoid Senegalese tailors in Abidjan. Things are rushed, and not well finished”, according to Nairobi writer Binyavanga Wainaina, “Lagos tailors are the best when you need simple [things] done well and fast – even in front of you. Carry photos and clear drawings of what you need”.
*CNN.‘Fashion Cities Africa’ by Hannah Azieb Pool (Intellect Press) is out now and the exhibition atBrighton Museum & Art Gallery in the U.K. runs through January 2017.