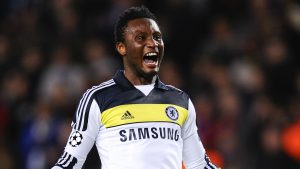 Even though a bomb scare at Old Trafford extended the end of the Premier League weekend, many of the season’s weaving narratives were concluded on the final day.

Claudio Ranieri received his guard of honour at Chelsea as Leicester City’s fairytale campaign reached its conclusion, Arsenal pipped Tottenham Hotspur to second spot and Manchester Cityclinched the fourth Champions League spot when they stuttered to a 1-1 draw at Swansea City.

However, while much was decided, the future of John Terry at Stamford Bridge remained up in the air until the end of last week, when he fianlly penned a new deal in west London.

The centre-back addressed the Blues faithful after the final whistle of the Pensioners’ draw with the champions, and—forcing back the tears—admitted that he was desperate to stay on at the West London club that’s been his home since 1995.

It would have been a fitting farewell for the Captain, Leader, Legend had Roman Abramovich not had plans to heed his appeals, although it would have taken a an act of bravery from the owner not to offer the long-serving talisman a one-year extension at least, particularly in light of rumours that incoming coach Antonio Conte is keen to retain his services.

While Terry will ultimately stay after agreeing an extension—and can still be a valuable option for Conte—few could deny that his best days are behind him, particularly following a troubled campaign for captain and club.

Indeed, Terry is surely on the wane, and even though he will stay at the club, his impact will surely deteriorate both on the pitch and in the dressing room—where his historic influence can rival any of the EPL’s great captains of recent years.

A successor will also need to be sought in the heart of the defence, where the veteran skipper has held fort for the last 18 years.

There are various options.

Kurt Zouma will return from his anterior cruciate ligament injury and will hopefully blossom into the defender he was threatening to be before injury struck, while Gary Cahill should bounce back following a testing campaign.

Having been handed a new one-year deal, Branislav Ivanovic will remain at the club and could be an option, particularly with his influence at right-back having waned this term, while Conte could also cast an eye over the club’s various youth prospects, with Canadian-Nigerian youngster Fikayo Tomori having recently won Chelsea’s Academy Player of the Year award after helping the Blues’ to the FA Youth Cup. 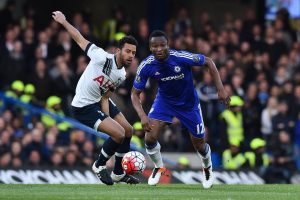 At 18, expect Tomori to wait a little longer, although one or two of the club’s youth team starlets of the past—guys like Tomas Kalas, Kenneth Omeruo—another Nigerian, and Papy Djilobodji, Matt Miazga, Nathaniel Chalobah and Nathan Ake all remain on the Pensioners’ books, even if various quarters of Stamford Bridge would surely struggle to pick them out of a line-up.

Should Mikel remain at Chelsea—and rumours persist that he’s bound for the exit door—could he be a candidate to replace Terry’s declining influence both on and off the pitch?

With regards to his off-field influence, Mikel is the club’s longest-serving player behind Terry by some distance.

He joined the Blues in 2006, and following the exits of stalwarts such as Frank Lampard and Petr Cech, is the last survivor of the club’s FA Cup-winning side of 2007.

Indeed, only Gary Cahill remains—as well as Mikel—from the 14 players who featured in the Champions League final of 2012 when the west Londoners beat Bayern Munich on penalties to win the capital’s first-ever European Cup.

Alongside Terry, Mikel is the last-standing lieutenant of Jose Mourinho’s first tenure at the club, and could well command significant dressing room authority, particularly in light of the changing face of the club.

But what role can Mikel expect to play on the pitch under Conte?

Surely Cesc Fabregas and Nemanja Matic cannot have another season as miserable as they did this year, while emerging talents such as Kenedy, Ake and Mario Pasalic, and mooted new arrivals such as Radja Nainggolan and Lucas Lima hint that the new Italian manager could have no shortage of talents to choose from in the heart of the park next term.

Against Liverpool on May 3—in the Blues’ penultimate fixture of the Premier League—interim boss Guus Hiddink opted to redeploy Mikel in the heart of the defence alongside Cahill.

It was a bold move, and one that kept the Reds at bay for 91 minutes!

Chelsea picked up a 1-1 draw, and the 29-year-old received praise for his performance.

Goal, in their Player Ratings feature after the match, gave the stop-gap centre-back a score of 7/10, describing his performance as such: “Didn’t look at all out of place as he deputised for the suspended John Terry, reading the game well at the back to limit Liverpool’s chances in attack.”

Goal Nigeria editor Lolade Adewuyi reckons Conte’s choice could have been a glimpse into Mikel’s future at Stamford Bridge should he remain at the club.

“Artists have been known to reinvent themselves all through history,” he began, “could Mikel succeed as a centre back?

“I’d say he can if he puts his mind to it,” he continued. “Javier Mascherano has already shown it can be done!”

The decision was also well received among fans—Chelsea supporters and Nigerians alike—who praised the Cup of Nations winner for his versatility.

There is a fine recent tradition of intelligent, ball-playing midfielders withdrawing into the heart of their defence later in their careers to help their side control the play from deep and begin orchestrating moves from the backline.

The aforementioned Mascherano at Barcelona is one high-profile example, while Didier Zokora redefined himself within an African context when he swapped duties in front of the defence for a spot in the heart of the backline. 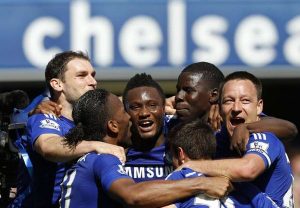 Daniele De Rossi featured in the heart of Italy’s backline at the last European Championships, Javi Martinez—who hasn’t been picked by Spain—has been similarly ‘reconfigured’—while former midfield hardman Lorik Cana could even feature at centre-back for Albania this summer.

Does the future hold a similar fate for Mikel?

He may not be the obvious choice, but the Nigerian at least deserves Conte’s consideration as a candidate to begin to succeed Terry off and on the pitch this summer.