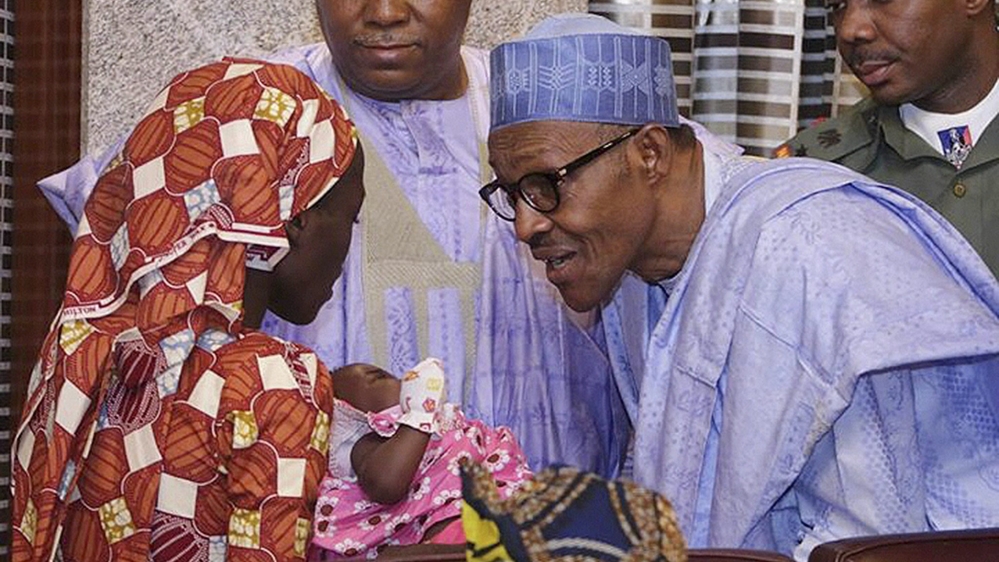 One of the 219 schoolgirls abducted by Boko Haram in Chibok town of northeast Nigeria has met the country’s president, two days after she was found in Borno state.

Amina Ali Darsha Nkeki, 19, was flown to the capital Abuja to meet Muhammadu Buhari on Thursday for a private meeting that lasted an hour.

She was found by Nigerian hunters wandering on the fringes of the remote northeastern Sambisa Forest on Tuesday.

“Amina must be able to go back to school,” Buhari said at Thursday’s meeting, which has been criticised by aid groups.

Amina, who was abducted in April 2014, arrived at the presidential villa with her mother carrying her four-month-old baby.

Buhari, who considers Boko Haram “technically” defeated, has said success in the campaign will be measured on the return of the Chibok girls and other abducted people.

Al Jazeera’s Yvonne Ndege, reporting from Abuja, said it was not clear whether Amina was able to say anything to the president.

“The presidency has not really explained what the purpose of the encounter was and what it might achieve,” she said.

“But people understand that it was important for Buhari to meet this young girl given the fact that he promised to find the Chibok girls if he was elected to power.”

Aid workers said the young woman should be getting medical care instead of making public appearances.

“It is an outrage!” Francisca Vigaud-Walsh, women and girls’ advocate at Refugees International told the Associated Press news agency, saying her case should not be politicised.

“This is the time for her to be given access to clinical management of rape services and sustained psychological assistance to assist her with her trauma from both being in captivity for two years and the dramatic change she is now undergoing.”

Amina, with her mother and baby, was taken to a military camp and flown by helicopter on Wednesday to Maiduguri, the biggest city in the northeast that is the birthplace of Boko Haram and the headquarters of Nigeria’s war against the group.

She was handed over to Kashim Shettima, Borno’s governor, who declared he would in turn hand her to Buhari “to present to the nation”.

Amina’s uncle confirmed she arrived in Abuja on Thursday for a meeting with Buhari.

Boko Haram seized 276 students from the Government Girls Secondary School in Chibok on the night of April 14, 2014. Fifty-seven managed to escape in the immediate aftermath.

Nothing had been heard from the 219 still held captive since a video was published by Boko Haram in May 2014.

Amina already has provided valuable information, revealing that some of the Chibok girls have died in captivity and the others continue to be held hostage, according to family doctor Idriss Danladi.

Authorities will be asking her where her classmates are being held.

If Boko Haram tries to move large groups of girls because of her escape, those movements can be captured by satellites and air reconnaissance.

Floods and landslides kill over 100 people in Ethiopia 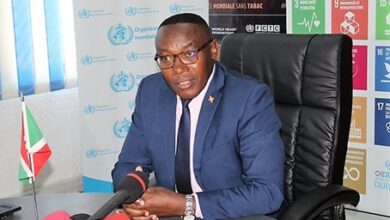