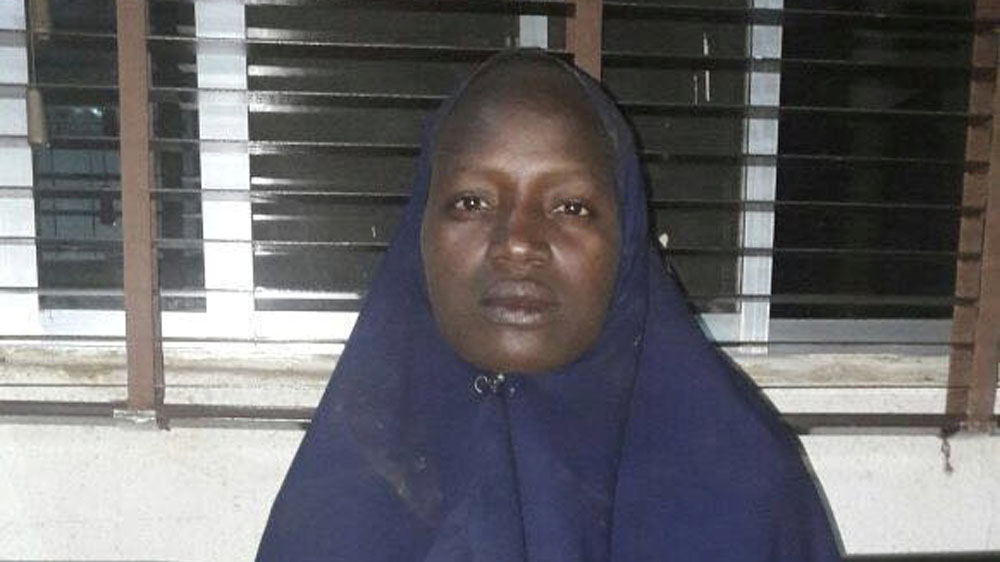 A second girl who was among more than 200 schoolgirls kidnapped by Boko Haram in a raid on a school in the northeastern Nigerian town of Chibok more than two years ago has been rescued, the Nigerian army said.

Army spokesman Sani Usman said in an emailed statement that the girl was among 97 women and children held hostage by Boko Haram who were freed on Thursday morning after clashes between soldiers and armed fighters in the northeastern Borno state. Thirty-five Boko Haram fighters were killed in the fighting.

Amina Ali Darsha Nkeki, the first “Chibok girl” to be rescued, was found by soldiers working with a vigilante group on Tuesday near Damboa, south of Maiduguri in the remote northeast where Boko Haram has waged a seven-year rebellion to set up their own state.

Officials confirmed that Amina was one of 219 girls abducted from the government school in Chibok in April 2014. Late on Thursday, the army said an operation in Damboa at around 11am local time (10:00 GMT) led to the rescue of nearly 100 hostages who included the second Chibok schoolgirl.

“We are glad to state that among those rescued is a girl believed to be one of the Chibok Government Secondary School girls that were abducted,” said Usman, adding that she was receiving medical treatment.

He said her name was Serah Luka and she was from the northeastern town of Madagali, in the state of Adamawa, which borders Borno.

The army spokesman said it was possible that three other girls that Serah referred to as having fled and been rescued when the troops arrived may also be among the Chibok girls, adding that this was being investigated.

“She averred that she reported at the school barely two months and one week before her unfortunate abduction along with other girls over two years ago,” said Usman.

Earlier on Thursday the governor of Borno state, where Chibok is located, said the army was drawing up plans and moving into a Boko Haram forest stronghold in an effort to rescue the remaining girls.

“We believe that in the coming weeks we shall recover the rest of the girls,” Governor Kashim Shettima told reporters. “The military is already moving into the forest.”

The #Bringbackourgirls activist group said Amina had told her rescuers that the rest of the girls were under heavy Boko Haram guard in Sambisa.

The governor’s comments came shortly after Amina met Nigerian President Muhammadu Buhari, who had made crushing Boko Haram a pillar of his 2015 presidential election campaign.

“Amina’s rescue gives us new hope and offers a unique opportunity to vital information,” Buhari said during a meeting with the teenager, her mother and officials after a presidential jet flew her to Abuja.

More than 15,000 people have been killed and two million displaced in Nigeria and neighbouring Chad, Niger and Cameroon in the past seven years.

Under Buhari’s command, and aided by Nigeria’s neighbours, the army has recaptured most territory lost to Boko Haram. But the armed group, which last year pledged loyalty to the Islamic State of Iraq and the Levant (ISIL, also known as ISIS), still regularly stages suicide bombings.