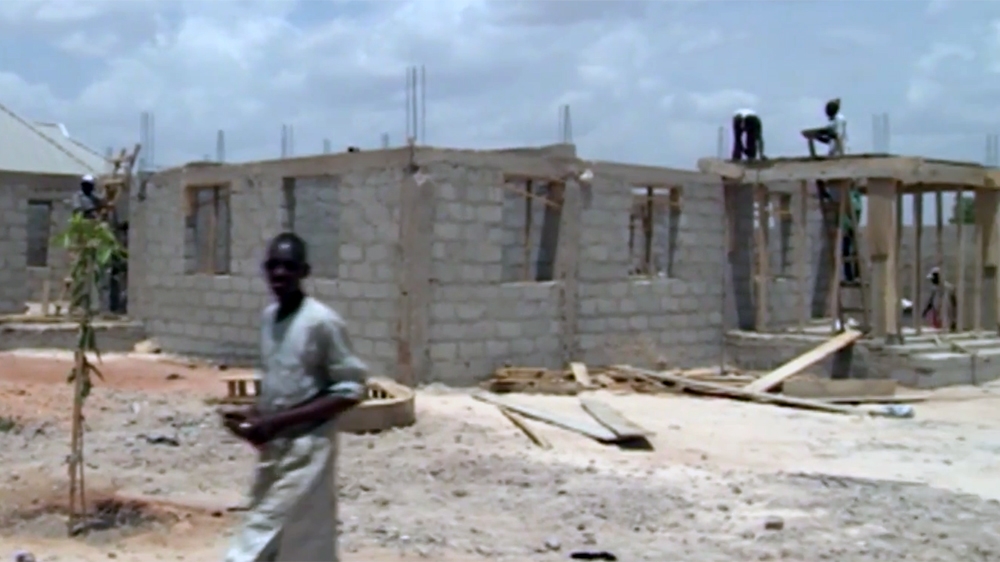 Property investors in the Nigerian city of Maiduguri are benefiting from a rise in real-estate prices following the retreat of Boko Haram fighters.

Maiduguri is the largest city in Borno state, once a stronghold of the fighters and a frequent target for its suicide bombers.

The group claims to be fighting against Western influence and is thought to have killed about 15,000 people and driven more than two million from their homes during its six-year insurgency.

Since the Nigerian military began a wide-ranging military operation against Boko Haram, many of Maiduguri’s residents that had fled are on their way back home.

They had sold land and property to escape the armed group’s advance but their return is forcing prices to go up.

The influx has also led to a rise in property building, and under-construction developments are visible across the city.

Many of those cashing in now had bought land and property from fleeing residents cheaply when Boko Haram’s violence was at a peak.

In some cases, property owners are now making as much 500 percent profit.

“I made 300 too 500 percent profit on some of the houses I bought, but others didn’t yield as much … This area in particular is hot; prices will improve or remain steady,” said Modu Mala, who bought dozens of homes from desperate owners.

Modu and others are now re-investing their money in low-cost houses for the estimated 1.5 million returnees, many of whom are struggling to house themselves.

Abdullah Kyari is one such example, having fled the city two years ago with his family to escape the fighters.

“At first, we thought the whole city will fall to the fighters, that’s why I sold my house and left,” he said.

“I now want my house back but the current owner is refusing to sell it even at twice the price I sold it to him.”

Black Woman Rejected by Airline Decides to Start Her Own Airline -- And Does!