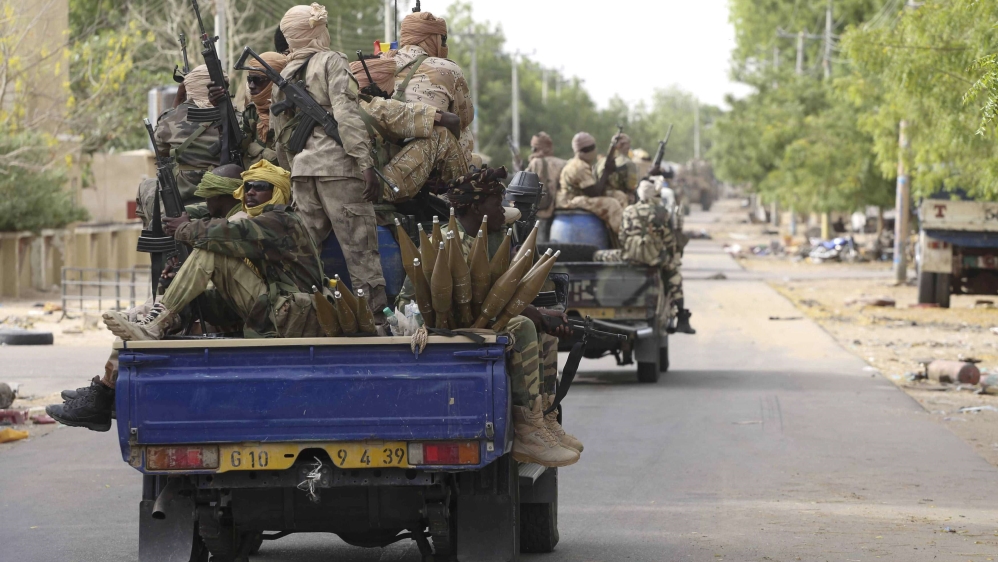 Regional and Western powers gathered in Nigeria to discuss their war with Boko Haram, as the United Nations said the group posed a major threat to security in West Africa.

Leaders from Benin, Cameroon, Chad and Niger were among the delegates, alongside French President Francois Hollande, and high-ranking diplomats from the US, UK and the European Union.

Nigeria is seeking closer military cooperation to bring to an end nearly seven years of violence in the northeast, which has left at least 20,000 dead and forced more than 2.6 million people from their homes.

The UN Security Council on Friday said the talks should help develop “a comprehensive strategy to address the governance, security, development, socio-economic and humanitarian dimensions of the crisis”.

Martin Ewi, an analyst at the Institute for Security Studies, told Al Jazeera that the group is particularly difficult to tackle in more remote areas far from major cities.

“I believe Buhari is acknowledging the difficulty and that it is not easy for the military to just go out there and elimate Boko Haram,” he said.

“The rural areas have always been neglected when it comes to security and that has always been the problem – the ungoverned places. In many of these regions, the police are only getting to know them now. Now it is coming back to haunt us.”

Boko Haram’s leader, Abubakar Shekau, pledged allegiance to his ISIL counterpart Abu Bakr al-Baghdadi last year, although there has since been little evidence so far of direct support on the ground.

France’s Hollande, who arrived in Abuja late on Friday from the Central African Republic, met his Nigerian counterpart Buhari at the presidential villa before the start of the summit.

Both countries recently signed an agreement on closer military cooperation, including intelligence sharing, and France is keen to help implement a regional solution to the conflict, given its close ties to some of its former colonies in the region.

The summit – two years after a first such high-level gathering in Paris – comes as Nigeria’s military pushes deep into Boko Haram’s Sambisa Forest stronghold after recapturing swathes of territory.

Former military ruler Buhari has vowed to defeat Boko Haram before the end of his first year in office.

Al Jazeera’s Yvonne Ndege reporting from Abuja said Boko Haram violence has been on declining since Buhari came to power.

“There has been a significant reduction in the violence and chaos caused by Boko Haram since Muhammadu Buhari came to power about a year ago. But obviously questionable to what extent he can take credit for that. The Military says they had been working hard since 2009,” Ndege said.

“The focus of this summit is what more can be done to ensure Boko Haram’s capabilities are reduced,” Ndege added.

Buthelezi: past 'coming back to bite South Africans'