As African countries battle with the threats of terrorism, the international community should be cautious of giving dictators a free pass just because of their engagement in the fight says Dr Chris Fomunyoh, Senior Associate for Africa at the National Democratic Institute.

On Capitol Hill to discuss Terrorism and Instability in Sub-Saharan Africa, Fomunyoh told a Senate Hearing on May 10, 2016, that democracy and good governance must be a fundamental part of any successful counter terrorism strategy.

“Africans of this generation are jittery and extremely fearful of reliving the experience of the Cold War era during which dictatorships thrived amidst grave human deprivation and gross human rights abuses just because some leaders were allies of the West at the time,” said Fomunyoh, who has used the NDI platform to facilitate the emergence of several democracies in Africa.

In the recommendations made to the U.S Senate Foreign Relations Committee, Fomunyoh said successful counter terrorism strategies must be grounded in the consolidation of democracy and good governance for short term military victories to be sustained in the medium and long term.

“Shrinking political space, frequent and overt violations of citizen rights and freedoms, and the undermining of constitutional rule and meaningful elections breed discontent and disaffection that form the fertile ground for recruiters and perpetrators of violence and extremism,” Fomunyoh told the Committee Chaired by  Sen .Bob Corker (R-Tenn.)

Good partners in countering violent extremism and terrorism should match that with good performances in democratic governance, Fomunyoh said, while recommending that governments need encouragement to invest in rehabilitating communities and creating structures that eliminate conditions that breed the rise of terrorism.

“Consolidation of democracy should be approached as a long-term process that requires consistent and continued support with mechanisms to reward or incentivize good behavior and penalize poor performance,” Fomunyoh said in making the case for more assistance towards supporting young democracies with weak political institutions.

Supporting the argument of Nicholas Kristof that education can be more effective in combatting militancy than military intervention, Fomunyoh told the Senate Hearing that more investment was needed in education to give young people more opportunities.

“Friends of Africa must make sure that they do not, willingly or inadvertently, allow themselves to become accomplices in denying Africans their basic rights and freedoms and a secure, prosperous future,” he concluded.

The Senate was the first in a two day Capitol Hill blitz for Fomunyoh, who also appeared before a Congressional Hearing to discuss The U.S Role in Helping Nigeria Confront Boko Haram, and other Threats in Northern Nigeria. 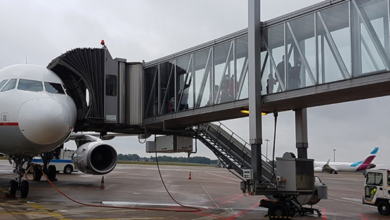 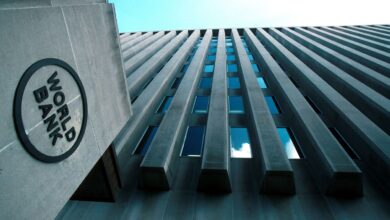