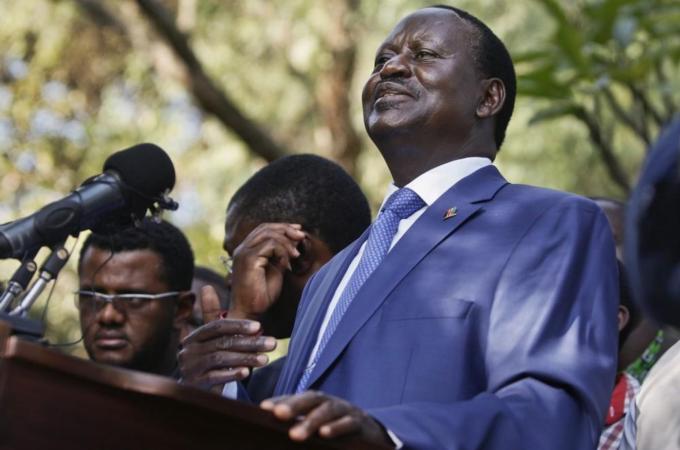 Opposition leader and former Kenyan Prime Minister Raila Odinga has said he will not participate in elections next year if the country’s electoral commission is not reformed.

Odinga told Al Jazeera’s Head to Head in an interview that he was worried about the potential for violence to break out during the poll, adding that there would be “no reason for us to participate” if the commission was not overhauled.

Police fired tear gas at Odinga and other opposition members when they marched on the commission in the capital Nairobi last month in a protest calling for it to be dissolved.

Next year’s elections come a decade after violence erupted in the aftermath of a disputed election in 2007, killing 1,300 people and forcing 650,000 from their homes.

Odinga ran for president then and later said the result was fixed. He was subsequently named prime minister in a unity government and occupied that post until 2013, when he stood unsuccessfully again, losing to Uhuru Kenyatta.

“We need to address factors that may lead us to a state of violence that we witnessed in 2008,” he said.

“We will not go into the gallows. If the Electoral Commission is not properly reformed there would definitely be no reason for us to participate in the coming elections.”

On the recent collapse of an International Criminal Court (ICC) trial of Deputy Vice President William Ruto (Odinga’s ally in 2007) for crimes against humanity, Odinga said it would have “been better for Ruto to have gone through a full trial and then discharged for lack of evidence” rather than a mistrial.

Odinga criticised the Kenyan government for what he called an “intolerable amount of interference” in the case, and the African Union for having a “hypocritical relationship” with the court, from which it has previously threatened to withdraw.

“The AU have not been honest with themselves because they are saying that ICC targets African leaders, and I’ve said it’s hogwash … Most of the African leaders who were before the ICC have been referred there by Africans themselves,” he said.

He said “every Kenyan”, including himself, has needed to pay a bribe to get things done.

Odinga said he was offered bribes when in government but resisted taking them, pledging to jail corrupt officials if elected president.

The full interview will be available here on May 6.

Media Statement on the Conclusion of the BRICS Security Ministers Meeting