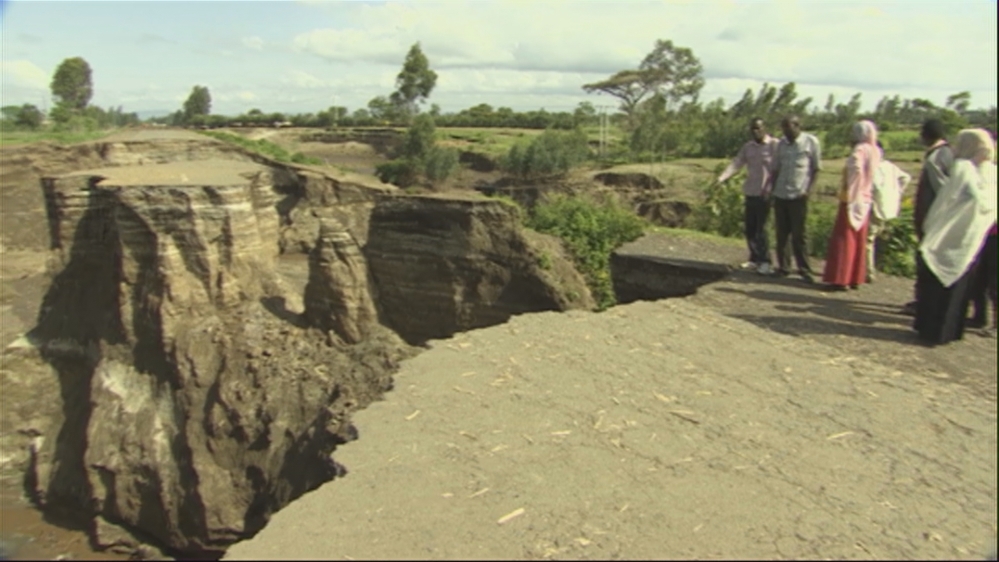 About 100 people have been killed by floods and landslides across Ethiopia that started last month, government officials say.

At least 20,000 families have been made homeless, according to the UN, while local officials say there are a number of people still missing.

“People can be affected in different ways. They can have damaged crops, they can lose their livestock, and in the more extreme cases, lose their entire households and go quite really destitute,” Paul Handley, of the UN’s Office for the Coordination of Humanitarian Affairs (OCHA) in Ethiopia, said.

The floods have also hampered distribution of vital aid to drought-affected areas.

The situation is exacerbated because more than 10 million people have been forced to rely on aid after the country suffered its worst drought in decades that lasted at least a year.

Handley said the six affected regions had already been in a dangerous situation relating to food security.

“This is where the 10.2 million people that we’ve been assisting already are,” he said.

“But now they are also suffering from the flooding. It’s really adding to the already-dire situation.”

The post Floods and landslides kill over 100 people in Ethiopia appeared first on African Media Agency.

Under the Theme of “Deploying a Resilient, Sovereign and Sustainable Infrastructure to Foster African Innovation”