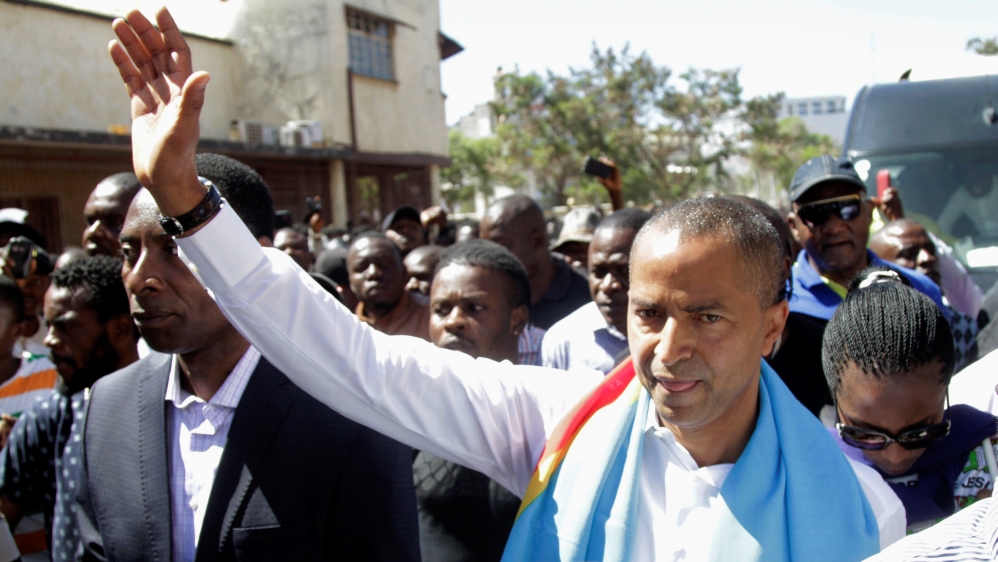 Congo police fired tear gas at thousands of supporters rallying outside the prosecutor’s office where a leading opposition presidential candidate was facing a hearing over accusations that he was plotting a coup.

Friday’s dispersal was the third time in five days that police fired tear gas at supporters of Moise Katumbi, the former governor of Congo’s copper-mining region, who the government accuses of hiring mercenaries as part of the plot against the republic, Reuters news agency reported.

Authorities in the Democratic Republic of Congo have given scant details about the allegations made last week, which Katumbi denies.

Katumbi says the accusations are aimed at derailing his campaign to succeed President Joseph Kabila, who has ruled since 2001, but is barred from standing for a third term in an election set for November.

Police also threw rocks at the demonstrators, who flocked towards Katumbi when he arrived outside the prosecutor general’s office. One rock hit Katumbi’s older brother, Abraham, in the face.

“It’s sad that there is not a state of law – police officers who throw stones and wound my older brother,” Katumbi said before entering the building.

The hearing was suspended after Katumbi said he felt unwell due to the tear gas.

Dozens were killed in January 2015 in protests over a proposed revision of the electoral law that critics said was a ploy to keep Kabila in power beyond the end of his mandate. Kabila has not said whether he will leave power this year.

Africa on film: 'We need to be the hero'