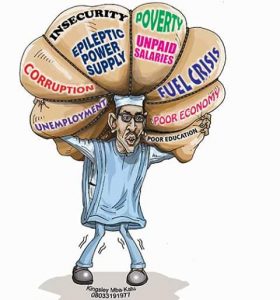 It felt good to be Nigerian on May 29 2015. With the paucity of positive political developments in the continent, it felt good to be African. Nigeria, the giant of Africa had successful done the unthinkable: Power had peaceful changed hands. Out was Goodluck Jonathan of the PDP which had ruled Nigeria uninterrupted since 1999 and in came President Muhammadu Buhari of the opposition APC who won elections on his fourth attempt.

Although there was a chance that he may not get re-elected, Jonathan’s behavior stunned the world: A concession and congratulatory call to his rival, Muhamadu Buhari of the APC.

The rapidity with which President Buhari was invited to the USA summed up the importance of the transition in Nigeria and the hopes placed in him not only by Nigerians but by the international community.

A year after his historic victory, opinions are sharply divided. While his die hard partisans think he may be doing a great job, there are clear indications that a broader segment of the polity is less than impressed with the performance of the APC led Buhari government. The excitement has fizzled out and reality has kicked in: President Buhari is not be the miracle worker he was portrayed nor does the ruling APC have any magic wand to transform Nigeria overnight.

While in the opposition, Buhari and the APC lashed out at the Jonathan administration for not doing enough to rescue the Chibok girls, a year after the Chibok girls are still missing. Not even the questionable timing of the fanfare surrounding the recent return of one of the girls can mask the fact that the APC used the Chibok girls as a campaign issue and need to be held accountable for their continuous absence.

And what happened to the unemployment allowance, what happened about oil prices, power, etc.? Even the fight against corruption that the President seems to take seriously is trailed by question marks: How comes most of the high profile targets have been PDP members? Granted they were in power, but how comes former APC Governors with questionable legacies continue to get a free pass?

At his age , having served as a military leader, having contested unsuccessfully for elections thrice, there must be something profound that must have made Buhari think he can make a difference in Nigeria. There are many who still think the APC may not have wrestled power from the PDP without fronting a man with the moral credibility of Buhari.

It has been a year now and what obtains in Nigeria should be placed on the doorsteps of Buhari and the APC. Blaming Jonathan and PDP serves no purpose. In voting for Buhari and the APC, Nigerians wanted change .It is what they deserve. They do not only want to see things get better, they also want to see things evolve faster. It took the President more than three months to form a government, months to get a budget, for everything, the President has taken his time but do Nigerians have the luxury of such patience? A year down, three more and Buhari’s first mandate will be over. President Buhari needs to up his game before scheming for his succession or the next elections bogs him down.

As the largest country in the continent, we at PAV continue to believe that as Nigeria goes, so does Africa. Nigeria fails, Africa fails, Nigeria stagnates, Africa stagnates, Nigeria registers progress, definitely it pulls the rest of Africa along. For President Buhari, we believe his legacy and reputation are at stake here. The incorruptible image he has, made Nigerians to trust him. This is the image that must remain in his mind, it is these people who continue to bear the brunt of the calamitous policies that have kept the giant that Nigeria is on his knees.

Moving forward, Nigerians should know that Buhari is a politician and no miracle worker. If anyone expected him to use a magic wand in solving the woes of Nigeria, a year after, that opinion needs to be revised. A year is definitely inadequate to make any sustained judgement and the problems of a country with the kind of checkered history Nigeria has had cannot be resolved  by any one leader or a single term. The beauty of democracy is that ultimately the people get to make the judgement through the ballot box. In is through their judgement that Buhari was trusted with power and in three years time, they will be the ones to decide his faith or that of the APC in case he does not run for office again.

Buhari at One: Fuel Subsidy Magic

For Nigeria, it's not yet morning on creation day 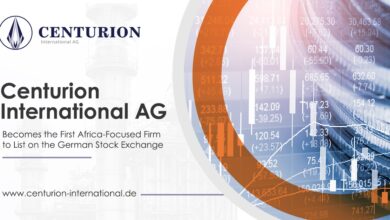 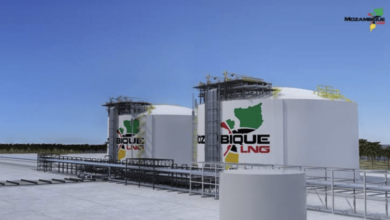