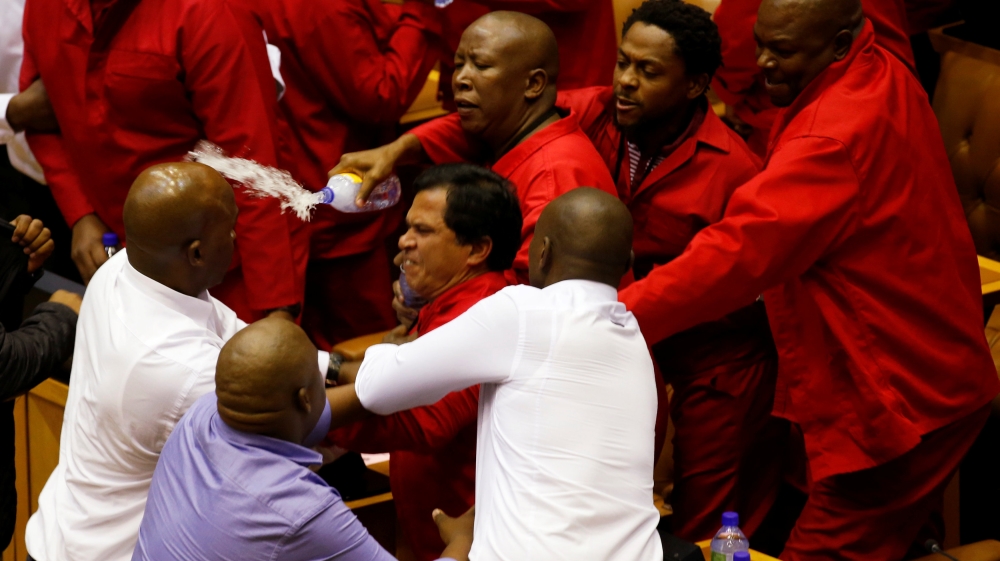 The battle lines in South Africa’s politics have been drawn after security guards forcibly removed members of the Economic Freedom Fighters (EFF) party when they tried to prevent an address by President Jacob Zuma in parliament.

About 20 EFF members, who were wrestled from their seats by plain-clothed guards on Tuesday, refused to let Zuma speak and shouted down Baleka Mbete, the speaker of the National Assembly.

The EFF argued that Zuma was not fit to address the house after recent court decisions against him. They said they would repeat their disruptive actions until he resigned.

“These bouncers must know that if they give violence, we will respond with violence. We are not scared,” Julius Malema, the EFF leader, said outside parliament.

“Zuma will never find peace in this parliament. Every time he comes here, the same thing will happen.”

Al Jazeera’s Tania Page, reporting from Johannesburg, quoted the EFF as saying “it is simply doing what its voters wanted it to do: Holding the president and parliament to account”.

As Zuma looked on impassively inside the parliament building, the EFF politicians – dressed in their uniform of red workers’ overalls – fought to try to remain in the chamber until they were physically removed through a side door.

He asked political parties to behave with decorum in the assembly and deal with national problems.

“This house needs to do something about itself … I believe that there is a lot that we have to do in this country to fight poverty,” Zuma said.

In a statement, Zuma’s governing African National Congress (ANC) said it wanted the EFF to face charges for its “disgraceful actions” in the assembly.

The actions piled pressure on the ANC in advance of local government elections in August where the party faces a tough challenge from rivals seeking to take advantage of his missteps.

In April, Zuma survived an impeachment vote in parliament launched by the opposition after the constitutional court ruled he had ignored an order to repay state funds spent on his private home.

Later that month, the High Court overturned a previous decision seven years ago of dropping 783 corruption charges against Zuma when he was still the country’s deputy president.

In a separate development on Monday, South Africa’s rand hit a two-month low against the dollar and government bonds weakened after a report in the Beeld newspaper hinted that Pravin Gordhan, the finance minister, faced arrest.

The report raised concerns of a repeat of the run on the rand and bonds in December after Zuma changed finance ministers twice in a week.

The government strongly denied the report.

Beeld, citing several sources it said were close to Gordhan, reported that he was aware of the plans to arrest him and was unfazed.

South African news media quoted Mmusi Maimane, South Africa’s opposition leader, as saying: “If finance minister Gordhan is arrested, that would be a profound threat to the economic stability of South Africa.” 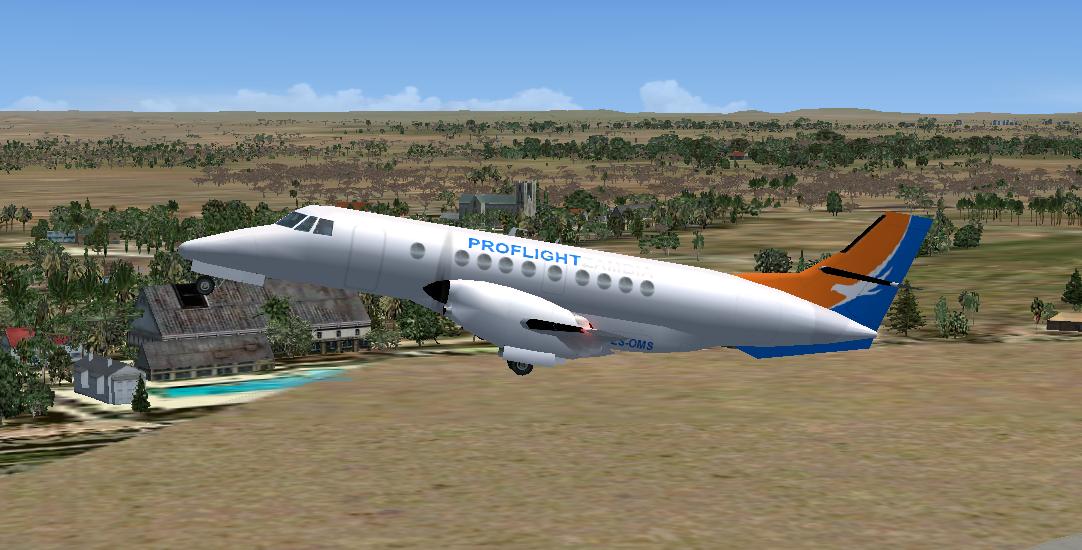