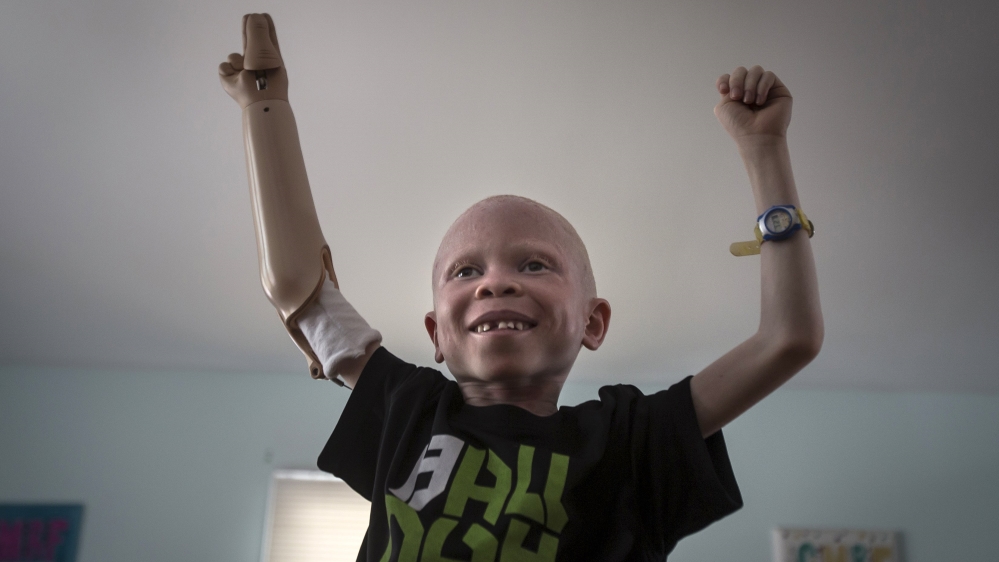 They are taunted, hunted and mutilated.

Over the past two years, at least 65 people with albinism have been attacked in Malawi – sometimes mutilated and dismembered alive by machete-wielding assailants.

Albinism, a congenital disorder where people lack pigment in their skin, hair and eyes, affects about one in every 20,000 people. It is more common, however, in sub-Saharan Africa. There are an estimated 10,000 people with albinism in Malawi – a country of 16.5 million people.

There have also been a number of attacks reported on people with albinism in Tanzania, Kenya and Burundi so far this year.

Some in southern and eastern Africa believe that body parts belonging to people with albinism have magical powers, leading to them allegedly being sold on a black market run by criminal gangs across southern and central African countries.

Last month, Ikponwosa Ero, a United Nations independent expert on human rights and albinism, said the community faced “systematic extinction”. But, she says, this can be stopped.

Ikponwosa Ero: I said that this will happen over time if nothing is done. The situation is a potent mix of poverty, witchcraft beliefs and market forces which push people to do things for profit.

This is all happening in a context of long-term neglect of these people. There is a lack of understanding about people with albinism, not only in developing countries but also in developed nations. You find the albino trope used in movies where they are presented as supernatural beings or strange creatures or as idiotic.

So when they bring in this lack of knowledge in the context of poverty, witchcraft beliefs and economic factors, you get a dangerous combination. This is what has led to this current situation.

Al Jazeera: There seems to be a lot of money in this business.

People are like, “The media are reporting that body parts bring a lot of money, so it must be true”, but it is allegedly. It could have some market value, which could explain why the attacks are happening. But then some countries have witnessed a reduction in the number of attacks, maybe because people are realising there is no value.

There is a set of perplexing themes going on here. And this is why I say an in-depth study is really needed. But that being said, there are other indicators that seem to aggravate the attacks.

Last year, for example, was an election year for many countries in the region and the attacks went up overall. This fed into the suspicion that powerful people are behind these attacks. The logic goes that powerful people go to witch doctors to win elections and to make money in their business.

And witch doctors [might] say, “To get that, you need to do magic, have powerful potions with rare species of people or rare animals”. This is how people with albinism become a target. So it’s possible. I don’t have concrete evidence, but given what happened last year, powerful people are involved, at least indirectly.

We need to do more to get to the bottom of this.

Al Jazeera: You have travelled across Malawi to meet people with albinism. How have the threats they face affected their ability to lead a normal life?

Ero: What really struck me was how much fear they have. I guess you could imagine it but I saw it on their faces and heard it as they talked. I felt it myself. I felt scared being in the village and I couldn’t wait to get back to my vehicle. I sensed the fear. And people should not be living like this. It is completely wrong.

People said they did not know who to trust. People with albinism usually do well if their family look after or protect them. But when your protectors turn against you, or could turn against you, the fear goes to another level.

Watching that play out was frightening. One lady told me about her son whose body was dug out from his grave 10 to 15 years after he was buried. It meant that someone close to the family knows that a person with albinism was buried there. How else would you find out?

Another woman, who gave birth to a girl with albinism, has her sister harassing her and asking “Why did you have this baby?”

Another man I met had survived an attack but has completely lost his mental balance. He can barely speak.

There are others who say that having children with albinism means they cannot go to the farm because they have to protect them. As a result, they are struggling with even more poverty.

The extent of the fear is high and the scope is very wide.

Al Jazeera: We are talking about witch doctors, magical potions and mutilations in the context of the African continent, but how do we discuss these issues without raising other tropes about Africa?

Ero: As the media, it’s important to report on the issues, but its also important to try to humanise the story. Some journalists do that, but a lot of them do not, unfortunately. For instance, it’s important to move away from the word “albino” to describe the community. Rather, it should be “people with albinism” because it puts the person before the condition, instead of equating them with it. They are not albinos, they are people. It’s more humanising, like moving from “disabled” to “people with disabilities”. So language is a key advocacy tool.

It is also important to consider the facts. For instance, albinism exists in every race, every part of the world and in every gender. The frequency of occurrence varies: In the developed world, it’s one in 17,000. In some places in Africa, it is one in 5,000, and in other places it is higher, like one in 1,000. Among aboriginal groups, in Panama or the south Pacific, it can be one in 70.

When reporters say that body parts are sold, it is important to say “allegedly sold”. There is no proof of this yet.

AFRICA INVESTIGATES: The trade in body parts of people with albinism

Al Jazeera: What is required for this issue to be taken seriously?

Ero: This issue may be seen as another problem from the region, but the main difference is that this can be solved. We can focus resources and energy and elevate the issue for just a couple of years and the difference will be massive.

Look at Kenya and Tanzania. They focused energies and there have been massive improvements. I think this is one of the human rights issues that is possible in a short to medium term. Not all the countries in the region are poor. It’s a case of shifting priorities to make sure this issue gets the attention it needs.

In countries like Malawi, currently struggling with an economic crisis, food crisis and drought, international aid should come forward to help.

In Kenya, it was the government that took charge. In Tanzania, the people who took over were the aid agencies. The success in these countries illustrates how government and civil society can change this.

Senegal's handicrafts: Made in China? 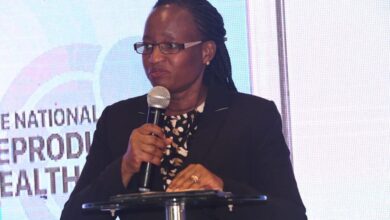