As Africa finds its voice after centuries of being silenced, well-intentioned outsiders must be careful to help and not hijack this moment.

Just back from the Tana Forum on Peace and Security, held in the sleepy town of Bahir Dar on the shores of Ethiopia’s Lake Tana, my head churns with questions about how African debates like this should be organised.

Should they be held under a Baobab tree or in international hotels? Should they be formal or informal? Should they emulate Western or Asian styles or ignore them altogether? And ultimately, after centuries in which African voices have rarely been heard – from slavery, through colonialism, and up to the present day – who should now talk for Africa about Africa?

In a way these questions have never been more salient. After all, even looking back at the continent’s recent history, there is no shortage of examples of Africa suffering from the sharp end of foreign countries’ self-interest or misguided decisions while its own voice has been silenced.

This is true even after most countries gained independence, as the ideological rivalries of the Cold War turned Africa into a battleground for proxy wars coordinated in distant capitals, giving no room for Africa’s own interests; when structural adjustment in 1980s and 1990s was imposed heavy-handedly from the offices of the IMF and World Bank, their prescriptions ignoring the realities and resistances on the ground; and still today, as the continent is defined in the international media as Hopeless, Rising or anything in between while Africa’s own perspectives remain marginalised.

This is where the Tana Forum comes in, a rare event that is genuinely Africa-led and organised. Established to provide a space for debate about peace and security, it was set up five years ago by the late Ethiopian Prime Minister Meles Zenawi in conjunction other African leaders such as former presidents Olusegun Obasanjo and Thabo Mbeki.

It has been held annually since and the topic of this year’s edition was ‘Africa in the global security agenda’. Among the many speakers were the former UN secretary-general Kofi Annan, former president of Timor-Leste Ramon Horta who had just completed a report on peace operations around the world, and Somalia’s President Hassan Sheikh Mohamud. Also there was Wolfgang Ischinger, Chair of the Munich Security Conference, the world’s leading think tank on peace and security issues. Ischinger took to the floor to re-emphasise the strong partnership between his institution and the Tana Forum which is modelled on the Munich Security Council.

To be frank, not everyone was happy about this year’s Forum. For instance, political analyst Alex de Waal, writing here on African Arguments, expressed his view that the event has become “dull, repetitive and formal”, adding that in contrast to the first edition which was “devoted to intense, informal and candid discussion”, the 2016 event was mostly “taken up by entirely predictable speeches”.

Frank criticisms such as these are all well and good, and all new endeavours will inevitably fall short and fail to please everyone. But as we think ahead to the next conference, and in the context of Africa’s history of being marginalised in its own affairs, the important thing going forwards is that regardless of any limitations, the Tana Forum and projects like it are given the breathing space to learn on their own terms.

After centuries of being lectured, reprimanded and pressured to do things differently, it is crucial that African initiatives are able to correct their own weaknesses and learn by doing. It may take time, but patience is needed if genuinely African perspectives and models are to be built up – ones that is of Africa, by Africa and for Africa.

Across the continent, there are hopeful signs of a new and louder voice emerging as more African research institutes, think tanks and media houses provide increasingly candid reports from African viewpoints. But this newly assertive Africa, admittedly still coming of age, needs to be listened to and nurtured, even when it makes missteps and blunders.

As the continent’s economies develop, its political influence increases, and its population grows, Africa and African initiatives need to be given the breathing space to take charge of their own destinies on their own terms. This should be the new normal, the new name of the game. After over 50 years of independence, the continent is mature enough to discuss its challenges in a robust and rigorous way, and while their views are welcome, well-intentioned outsiders must be careful to help and not hijack this moment of exploration, renewal and growth.

We all, in humility, will gain by listening to what others bring to the table. As Leopold Senghor, the late poet-President of Senegal, said, we must have a “seat at the give and take table as equals”.

*Source African Arguments.Adama Gaye is a Senegalese Author, former editor of London-based West Africa Magazine. and a Tana Regional Fellow. The views expressed here are his own. 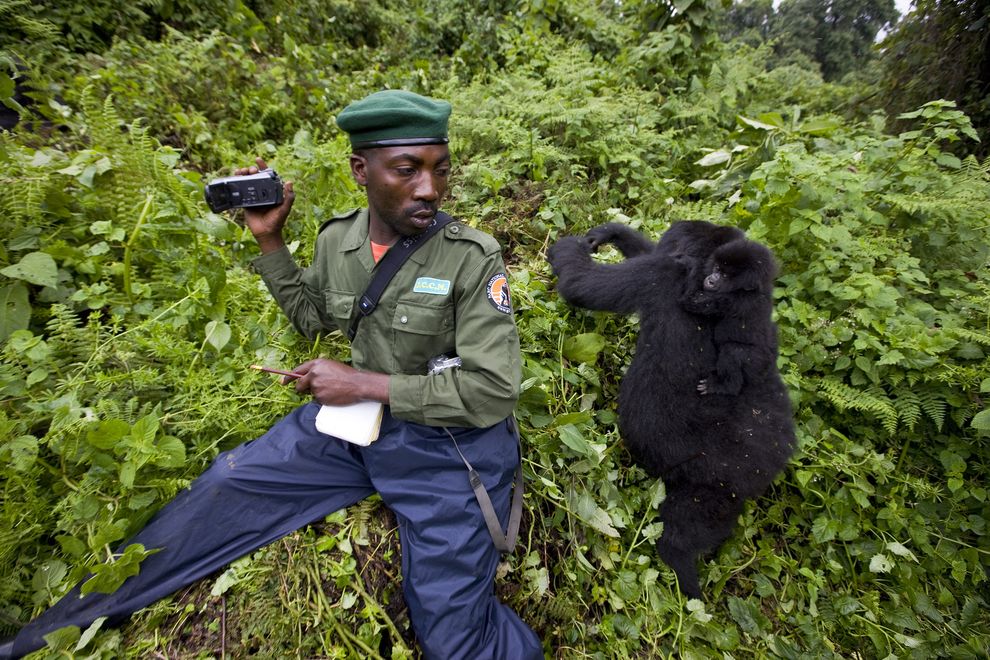