Kampala — The African Development Bank Group (AfDB) is set to unveil strategies of creating 25 million jobs for young people over the 10 years in its member states.

The strategies are contained in the group’s new agenda for the continent’s economic transformation that are to be revealed at this year’s annual meetings scheduled to take place from May 23 to 27 in Lusaka, Zambia.

Unemployment in sub Saharan/African continent as a whole has an estimated 11 million young Africans expected to join the labour market every year for the next decade (World Bank data). Therefore, creating millions of productive, well-paying jobs will be vital to boost economic growth to significantly cut poverty, and create shared prosperity in Africa.

In an annual meetings preview video message, the president AfDB, Dr Akinwumi Adesina, said participants will examine burning issues in Africa and focus on the bank’s five new priority areas, (High 5s), designed to scale up its operations for the continent’s transformation.

These High 5s are: Light up and power Africa, Feed Africa, Industrialise Africa, Integrate Africa, and Improve the quality of life for the people of Africa.

“Each of those is high on the agenda in Lusaka,” Dr Adesina said, noting that three of them will take a major leap forward as the bank unveils new strategies, and a programme to create 25 million jobs for young people over the next decade.

“All of them need to be debated and owned, as much by governments, as by business, as by civil society, as by the press, as by the people of Africa. The agenda is huge: We want to see nothing less than the social and economic transformation of Africa. We want to unleash massive potential for Africa and for the world,” he said.

During the annual meeting, a central theme of the discussion will be energy, considered to be the continent’s Achilles’ heel and the central theme of the Annual Meetings -‘Energy and Climate Change.’ This topmost priority of the High 5s speaks to the bank’s determination to tackle the severe energy deficit in the continent where 650 million people don’t have access to electricity.

Uganda is among the 54 member states of the AfDB and ADB is one of the multilateral donors financing the country’s development projects through its soft window of the group (AfDB).

In his recent speech at the World Economic Forum Kigali Rwanda, Dr Adesina said “Africa cannot industrialise; it cannot be competitive unless we solve the energy problem, he noted, adding that “Today, 645 million people have no access to electricity in Africa.”

He said lack of affordable and reliable access to lighting and power inhibits businesses from growing, new jobs from being created or provision of critical services and pledged that the Bank would invest $12.5 billion in five years to boost the continent’s energy capacity. 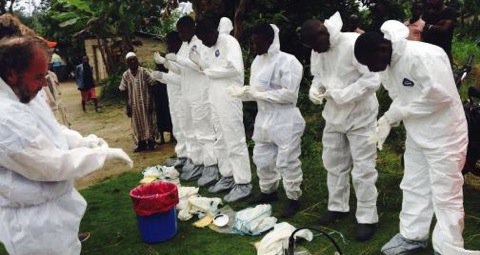 Coronavirus – Ethiopia: Education in Ethiopia Gets Boost from the Global Partnership for Education with $15 million for COVID-19 Response