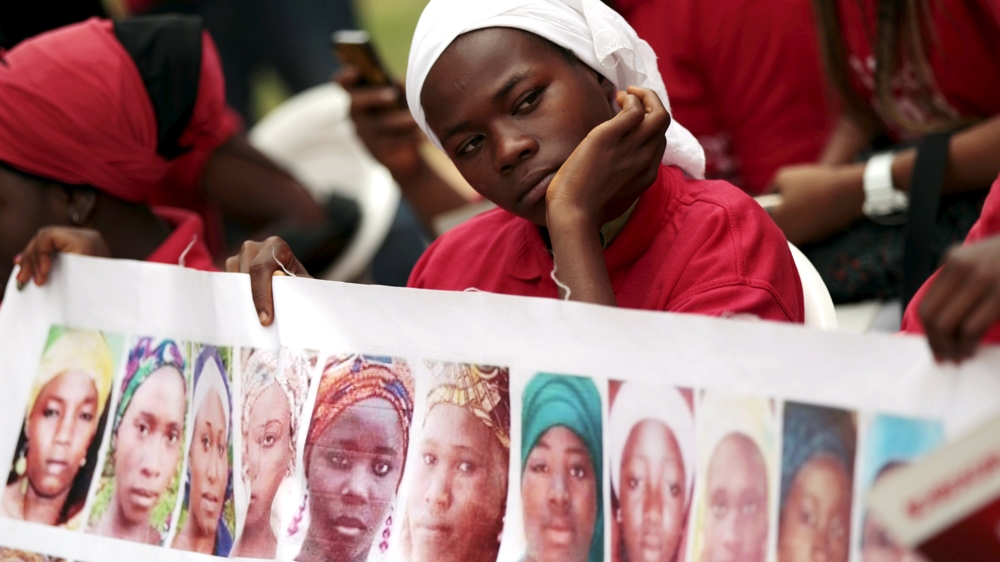 Two years have passed since Boko Haram abducted 276 schoolgirls in Chibok, Nigeria, and 219 of the girls remain missing. The anniversary, and that of the kidnapping of another 300 schoolchildren from another town, marks a grim roll call for education in the country’s northeast: more than 910 schools destroyed, 1,500 forced to close, at least 611 teachers deliberately killed, 19,000 forced to flee. Close to a million school-age children have fled the violence and now have little or no access to schooling.

These are children like 14-year-old Falimotu, who was in class in a school in northeast Nigeria when Boko Haram fighters, their faces wrapped in black scarves, entered her school and started shooting.

Her teacher was killed. A boy from the next class was shot in the leg as he ran and later died, and the fighters said they would return if the children didn’t stop going to school.

Falimotu stayed home for three months before her family fled. Nigerian soldiers moved into the school, causing more students to drop out.

Five months later, Boko Haram attacked, drove the soldiers away, looted ammunition stored there, and burned the school to ashes.

Boko Haram’s increasingly brutal attacks aren’t an aberration – Nigeria is ground zero for a practice that more and more characterises war: the intentional targeting of schools, teachers and students.

At least 30 countries have had a pattern of such attacks in the past decade, according to the Global Coalition to Protect Education from Attack.

This includes places well-known for attacks on schools, such as Afghanistan, Pakistan and Syria, as well as many others, such as southern Thailand, South Sudan, Ukraine and Yemen.

Rami, a 12-year-old boy from Syria, described how government forces shelled his school with a tank.

He had left science class to go to the toilet when “[t]wo shells hit the fourth floor. I was on the first floor. People started running away.” Pro-government armed groups known as shabiha “came into the school and shot the windows, broke the computers. After that, I only went back to take my exams.”

Boko Haram’s name is loosely translated as “Western education is forbidden”. The group literally sees Western-style schools as the enemy.

In other countries, schools are attacked because they are symbols of governments, they educate girls, they are vulnerable soft targets or, too often, because opposing forces are present.

Militaries and armed groups have used schools as barracks, bases, sniper posts, weapons depots and for other military purposes in at least 26 countries with conflict in the past decade.

Although in many instances troops use schools for their own convenience, some local community members may see them – and the troops may see themselves – as protectors.

But moving soldiers into schools is no solution. We spoke with people in northeast Nigeria who had invited soldiers in for this very reason, only to find that Boko Haram attacked the schools precisely because the troops were there.

At the same time, some attacks might have been prevented by other methods. Many schools and dormitories had no perimeter fences and security gates, even as attacks were escalating.

Local residents and school staff stated that when they reported Boko Haram threats to security forces, the forces ignored them – or the government provided untrained or inept civilian security guards.

Though no one was killed, a teacher saw the return of only a small fraction of students. “I don’t blame them,” he said. “The school still has no fence or quarters for teachers four years later.”

Military use of schools is pervasive, deeply harmful, and completely preventable. In the worst cases, students and teachers have been killed when opposing forces attacked the occupying troops.

In other instances, troops displace students entirely, forcing children to travel long distances to another school or to drop out. Yet, until recently, very few countries had made schools off limits to their forces. This is beginning to change.

Last May, countries from around the world came together to join the international Safe Schools Declaration, pledging to protect education during war, including by avoiding the use of schools for military purposes (PDF).

To date, 52 countries, including Nigeria, have signed on. These include countries such as the Central African Republic, Sierra Leone, South Sudan – countries who have seen the long-lasting effects of wars on their schools – as well as others from all regions of the globe.

The Nigerian government, with international support, has recently taken some promising steps, including merging various presidential initiatives aimed at delivering services to victims of Boko Haram’s violence, hiring 500,000 university graduates to improve the quality of teaching, and providing cash transfers to extremely poor parents with the condition of enrolling their children in schools.

Such progress could be undermined, though, unless, the government starts protecting schools better and keeping the military out.

OPINION: Note to Boko Haram – Western education is NOT a sin

Much-needed international assistance for education should be accompanied by pressure on the Nigerian military to vacate schools and investigate and prosecute violations by Boko Haram, government security forces, and pro-government militias.

School attacks are not unique to Nigeria and addressing the problem extends beyond that country’s borders.

Countries truly concerned about the still-missing schoolchildren from Chibok and other towns in the northeast should join the international Safe Schools Declaration and commit themselves to make schools safer for children everywhere.

As in the words of the boy who had been abducted at the age of 12 from his school in Somalia by al-Shabab: “Lack of education is a lack of light. It’s darkness.”

Mausi Segun is the Nigeria researcher at Human Rights Watch and Zama Coursen-Neff is its children’s rights director.

The post When schools and students become spoils of war appeared first on African Media Agency.

Is S Africa using the past to open way for the future? 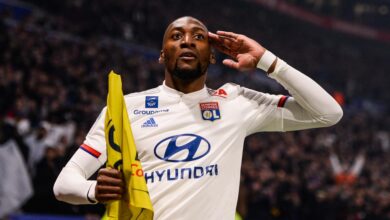 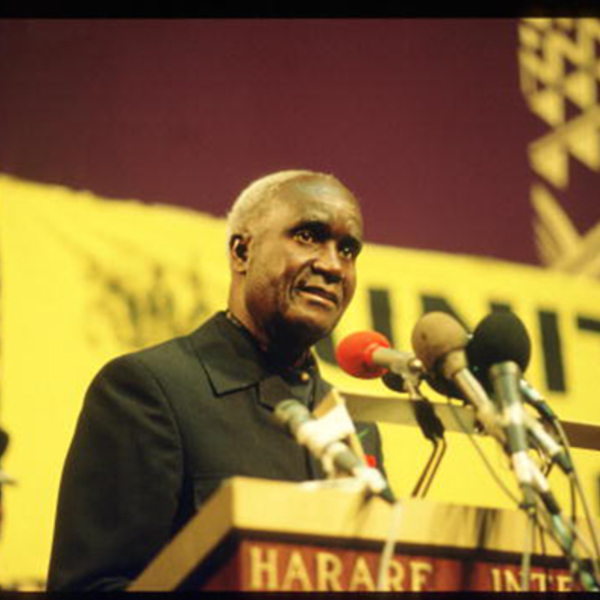