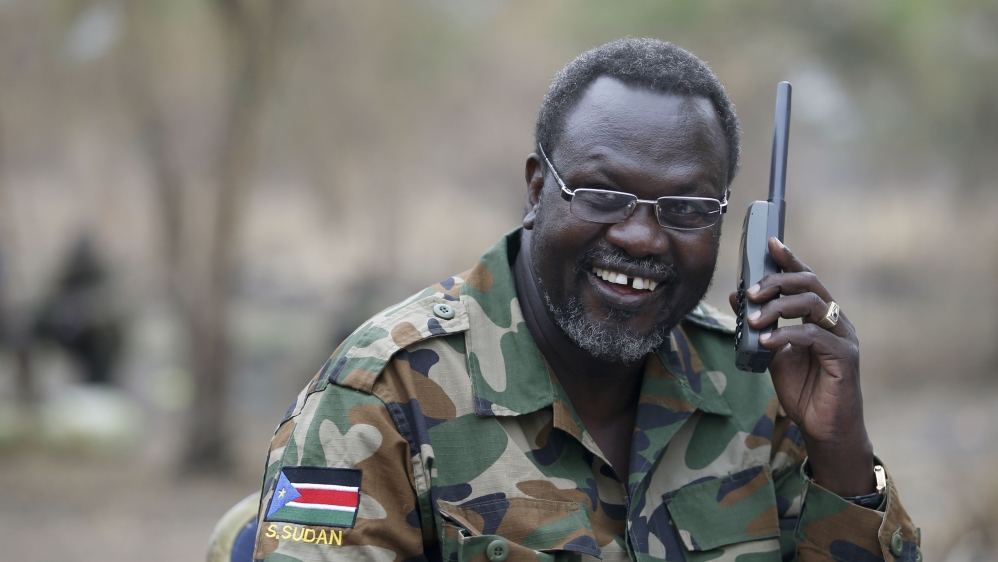 A disagreement over weapons is preventing South Sudanese rebel leader Riek Machar from returning to Juba, according to demands from a government official and a rebel spokesperson.

Since December 2013, South Sudan has been crippled by a bloody civil war that has killed thousands, and displaced over two million people.

Machar was expected to return to South Sudan’s capital on Monday to form a unity government headed by President Salva Kiir.

But his return has been continuously delayed because of logistical issues, in addition to disagreements with the government over the number of forces in his delegation and the type of weapons they are carrying.

On Wednesday, acting minister of foreign affairs Peter Bashir Gbandi said Machar was welcome to travel to Juba with 195 forces carrying only their personal weapons.

William Ezekiel, a spokesperson for the opposition said on Wednesday night that Machar would indeed only travel to Juba with 195 troops, accompanied by their personal weapons, in addition to 20 rocket propelled grenades and 20 machine guns.

However, according to a weapons manifest obtained by Al Jazeera on Monday, Machar and his delegation were trying to travel with 17 rocket propelled grenades, one grenade launcher, two 12.7 mm guns, and 23 PKM machine guns.

The weapons manifest appears to be signed, stamped, and dated by Machar. Ezekiel could not verify the authenticity of the document at the time of publishing.

During an exclusive interview with Al Jazeera on Wednesday, Machar said his forces were carrying only “light weapons, personal weapons and light machine guns”.

On Tuesday, the minister of information Michael Makuei Lueth said that Machar’s plane was not allowed to land because he was trying to enter South Sudan with “an arsenal of arms, inter alia, anti-tanks, laser guided missiles, and heavy machine guns”.

He also said that Machar and his delegation were trying to transport too many soldiers to Juba.

A weapons expert who reviewed the manifest said all the arms “would be considered either a small arm or light weapons”.

Diplomats have become frustrated with the unwillingness of both sides to put aside their differences that have caused continued delay of Machar’s return, which many see as a crucial step to form a transitional government and end the civil war.

Some are placing the blame squarely on Machar.

Machar’s failure to return to Juba represents a “willful decision by him not to abide by his commitments” said US State Department Spokesperson John Kirby during a press briefing.