“We are committed to the peace agreement, but there have been logistical issues and the first vice president, Riek Machar, will come tomorrow,” spokesman William Ezekiel said.

Machar’s return to Juba and swearing-in as President Salva Kiir’s deputy will mark an important step in a floundering August 2015 deal to end the country’s civil war.

The agreement is seen as the best hope yet for ending more than two years of fighting that have left the world’s youngest nation in chaos and pushed it to the brink of famine.

Machar previously served as Kiir’s deputy until he was fired just months before the start of war in December 2013.

Tens of thousands of people have been killed in a conflict marked by numerous atrocities, with more than two million forced from their homes and nearly six million in need of emergency food aid.

The war broke out in December 2013 when Kiir accused Machar of planning a coup, claims he denied, triggering a cycle of retaliatory killings that divided the desperately poor country along ethnic lines.

The rebel leader was expected to arrive in Juba Monday from his tribal stronghold of Pagak in the east of the country, but despite the latest hitch spokesman Ezekiel said the rebels remain committed to peace.

“We are here to implement all the peace agreement. We have been missing deadlines but we will fulfil in the end,” he said.

The red carpet had been rolled out at Juba’s airport on Monday morning, the sentries lined up and the dignitaries were assembling when Machar’s no-show was announced, disappointing many for whom his arrival marks a major tangible step towards peace.

Overnight, posters welcoming Machar, some reading “Reconciling, uniting the nation,” had been torn down, said Ezekiel.

Machar’s arrival will be a milestone in the peace process but experts warn that implementing the deal will be a long and arduous task.

“It will allow the formation of the transitional government, the most significant step in the implementation of the peace agreement,” said Casie Copeland from the International Crisis Group think tank, while warning warned that the conflict would likely continue.

Several militias, driven by local agendas or revenge, do not obey either Machar’s or Kiir’s commands.

Tensions are high ahead of Machar’s return. A 1,370-strong armed rebel force arrived in Juba this month as part of the peace deal, while the government says all but 3,420 of its troops have withdrawn from the city.

The opposing forces are based in camps scattered in and around the capital, while other forces are not allowed within a 25 kilometre (15 mile) radius of Juba.

The army has denied opposition claims that it has secretly returned truckloads of its troops to the capital.

The UN has 11,000 peacekeeping troops in South Sudan, many of them guarding the 185,000 civilians who have spent the past 28 months inside UN bases, too afraid to leave in case they are attacked.

Both the government and rebel forces have been accused of perpetrating ethnic massacres, recruiting and killing children and carrying out widespread rape, torture and forced displacement of populations to “cleanse” areas of their opponents.

“Both sides are armed to the teeth… should fighting break out this time in Juba, we should expect prolonged battles in the city,” Jacob Akol, a veteran South Sudanese journalist Jacob Akol, wrote in an editorial for the Gurtong peace project.

Machar — who last year said it was not possible to have peace while Kiir remained in power — is now due to arrive Tuesday and is expected to be swiftly sworn in at the presidential palace.

African Union representative Alpha Oumar Konare, a former president of Mali, and Festus Mogae, a former Botswanan president who heads the international ceasefire monitoring team, are expected at the ceremony.

Mogae, who is typically upbeat about developments in the fractured nation, has already warned that the “formation of a new government will not in itself be a panacea”.

Why the wealth of Africa does not make Africans wealthy

Uganda: President Museveni and His Hypocritical Attack On Nigeria 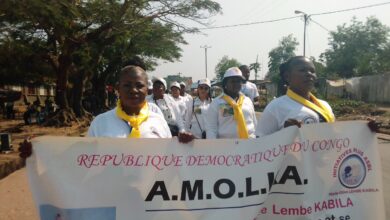 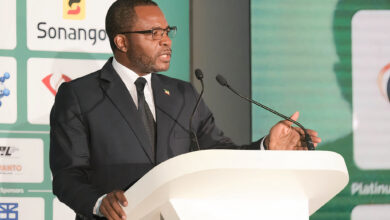