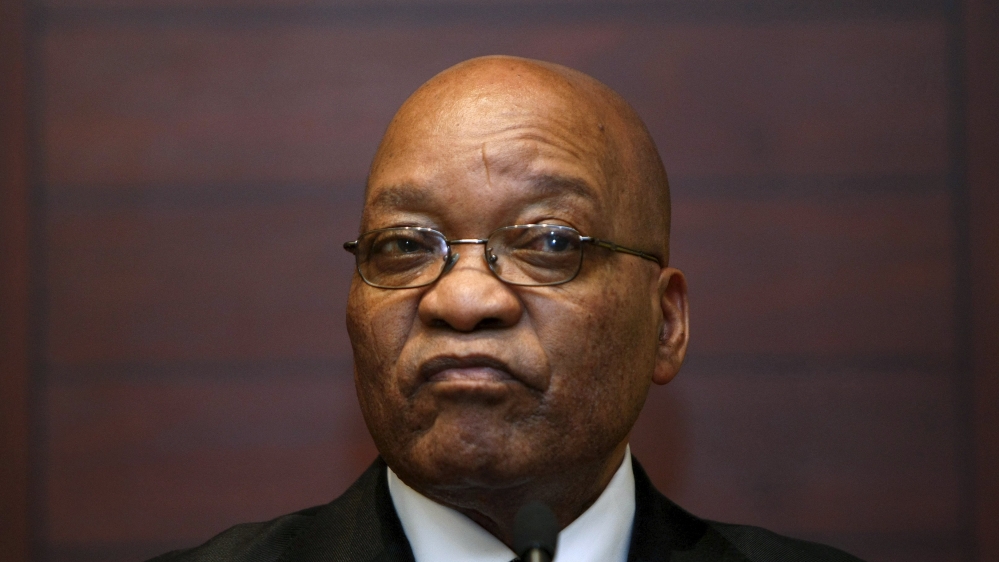 South African President Jacob Zuma apologised on Friday for the long-running scandal surrounding his private home and pledged to obey a court ruling to repay some of the $16m of public funds spent on his property.

Zuma addressed the nation on television one day after a scathing ruling by South Africa’s highest court said the president’s failure to accept a recommendation from the public protector that he repay a portion of the money was a violation of the constitution.

“I wish to emphasise that I never knowingly and deliberately set out to violate the constitution,” said Zuma, who faced growing calls to step down after the Constitutional Court’s verdict.

“I … respect the finding that failure to comply with the remedial action taken against me by the public protector is inconsistent with the constitution.”

“The matter has caused a lot of frustration and confusion, for which I apologise, on my behalf and on behalf of government.”

On Thursday, South Africa’s highest court ruled unanimously that Zuma failed to “uphold, defend and respect” the constitution when he ignored the order of an anti-corruption watchdog to repay some of the millions spent to upgrade his sprawling rural residence at Nkandla in KwaZulu-Natal.

After delivering a stinging rebuke to Zuma, the Constitutional Court gave the president 105 days to repay the “reasonable cost” of non-security-related upgrades to his private home.

Opposition parties, who have been calling for the 73-year-old to resign, dismissed Zuma’s response to the verdict.

Al Jazeera’s Tania Page, reporting from Johannesburg, said the president was “defensive” and “explanatory” in his address.

“If anything, what tonight confirmed, as if there were any doubts among South Africans here, is that Jacob Zuma is not going down without a fight,” Page said.

“For his critics, calling loudly for his impeachment and resignation, it was not what they wanted to hear at all.”

In an interview with Al Jazeera, Ayesha Kajee, a political analyst, said Thursday’s ruling signalled “the beginning of the end” for the president – “but not quite his deathbed yet”.

Kajee also said the opposition did not have “sufficient numbers in parliament to impeach” Zuma – impeachment requires a two-thirds majority in parliament, where the ruling African National Congress party has a comfortable majority and has already defeated a no-confidence motion against Zuma this year.

But for many South Africans, Kajee said the court’s decision was a “sigh of relief that the judiciary is still independent in this country”.

Presentation by NBSSI: Guidelines on how businesses can access Ghana government’s stimulus package