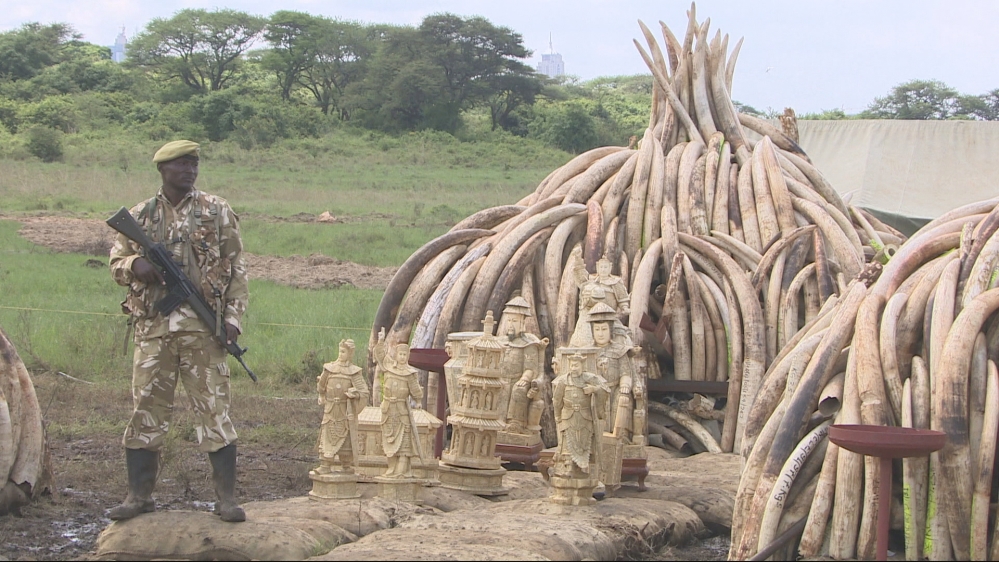 Kenya is due to host a landmark summit to address the crisis facing the African elephant population.

Today, more elephants are being killed in Africa than are being born, with at least 20,000 killed for their ivory last year alone.

They are almost all wiped out in West and Central Africa. In East Africa, statistics from Tanzania are most shocking. The elephant population in that region has been reduced by more than half in the past five years.

Leaders from the world of politics, business and conservation will come together on Saturday in the hope of finding an African solution to the problem. The inaugural summit will be led by the Kenyan President Uhuru Kenyatta.

Kenya’s poaching trend has gone down because of tough anti-poaching policies. But the director of Kenya’s wildlife service, Kitili Mbathi, told Al Jazeera that they cannot afford to be complacent.

“Poachers are getting more sophisticated, and they are running out of territory to carry out their business so we also have to be very careful to seal all the loopholes so that they do not end up coming here,” he said.

Also, Kenya is a popular transit country for ivory headed largely to Asia. Conservationists say that elephants can be protected only if all the countries involved work together.

Conservationalists from David Sheldrick wildlife trust in Kenya say that they are doing their best to rescue as many animals as they can. Currently, 30 baby elephants are living in their compounds.

But life is not perfect for rescued elephants. Edwin Lusichi from the trust told Al Jazeera that most of the elephants they care for come to them very traumatised.

“They come very traumatised; some have watched their mothers being killed so they fear humans,” he said. “It takes us a while to make them trust us enough to accept us as their foster mothers.”

After Saturday’s summit, Kenya will set fire to its entire confiscated stock of ivory, 105 tonnes, equivalent to the tusks of nearly 10,000 elephants.

“This will be the largest stockpile destroyed in Africa,” said Al Jazeera’s Catherine Soi, reporting from Nairobi. “The message here is that elephants are worth more alive than dead.”

“This ivory is not all from Kenya. Some of it has been intercepted while in transit from other African countries,” she said. “Many of them have been killed for their tusks by poachers.”

Child prisoners: 'I don't want to come out a monster'