After landing at the Juba International Airport on Tuesday, Machar was inaugurated as first Vice President of South Sudan by President Salva Kiir. It marked the formation of a unity government, and a fresh chance for South Sudan to rewrite its violent history.

“Our people are tired of war and they need peace, now,” said Kiir. “Together we can accomplish far more than when we are divided. Our strength lies only our unity.”

Since South Sudan’s war broke out in December 2013, 300,000 people have died by one estimate, and around 2.3 million South Sudaneae have become displaced. As it stands, the East African nation is in the midst of an economic and humanitarian crisis, and both sides of the civil war are accused of committing war crimes.

A deal between Kiir and Machar to end the civil war was signed in August, but fighting in some areas intensified after the agreement.

For the past eight months, Machar’s return has been the top priority for diplomats in Juba, as it marks the beginning of a unity government, and first substantive step in the peace deal.

“The war was vicious. We lost a lot of people in it, and we need to bring our people together so they can unite, reconcile, and heal the wounds,” Machar said. “As long as there is political will, we can overcome all of these challenges and all of these obsticles.”

There are nearly 200,000 people living in internally displaced camps across South Sudan, living under the protection of UN peacekeepers because of continued tensions.

In the Juba displacement camp, the mood was exuberant upon Machar’s arrival. People ran through the dusty streets, celebrating his long awaited arrival.

“The return of Dr Machar will change many things. People believe that all the fighting that took place, all the suffering from that started from the war in 2013 will end,” said Chotlith Jany, a deputy youth leader in the Juba camp.

Machar’s return was expected in Juba last Monday, but a series of delays from the government and rebels prevented his return. The wait has tested the patience of diplomats, who gave an ultimatum for both sides to orchestrate Machar’s return by last Saturday, only to see that deadline ignored.

For the residents in the Juba displacement site, the wait has been excruciating. Each day brought a new hope to the displaced, only to see Machar’s return repeatedly spoiled.

“Today, everyone is happy to receive Dr. Riek Machar, hoping that one day, things will change,” said Jany amidst the celebration.

For South Sudanese, the war has brought endless misery, and it appeared that some did not think they would be alive to see its conclusion. When the SPLA-IO chief of staff Simon Gatewich arrived in Juba on Monday, woman broke down in tears of joy at his sight. Recognizing a soldier, Gatewich pounded his chest and explained “You are alive! I am alive too!”

Beyond the jubilation and goodwill of Tuesday, danger looms. The country’s economy has collapsed. Fuel prices have plunged on the global market, depriving the young nation of its main source of income. Fighting between the government and opposition continues.

South Sudan’s relationship with the international community is as strained as ever, and it appears the government still feels the peace deal was forced upon them.

Last week, the government attempted to arrest an official from the body that monitors the August peace deal, called the Joint Monitoring and Evaluation Comission (JMEC). Diplomatic sources told Al-Jazeera that armed officers from the National Security Service barged into a meeting of foreign ambassadors and diplomats and attanoted to arrest Aly Verjee, the Deputy Cheif of Staff to JMEC.

“A national security officer was sent to arrest him and take him to the airport,” said Michael Makuei, Minister of Information and Broadcasting. Makuei said that South Sudan is a sogvern country and has the authority to arrest anyone.

To protect him from arrest, the Ambassadors formed a human chain around Verjee, using their own diplomatic protection as a shield, sources said.

A diplomat who spoke on the condition of anonymity said that because of the “violation of the Vienna convention, that’s why the (ambassadors) collectively prevented the police from seizing (Verjee)”.

Verjee is no longer in South Sudan and did not wish to speak on the record.

Speaking at the presidential compound Kiir apologized to both the people of South Sudan, and the international community. Whether this is the beginning of a new story of South Sudan, or a chapter of war, nobody can be certain.

“Thank you for the long patience,” Kiir said. “We are all South Sudanese.”

International day of the girl takeover 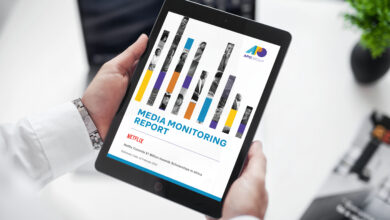