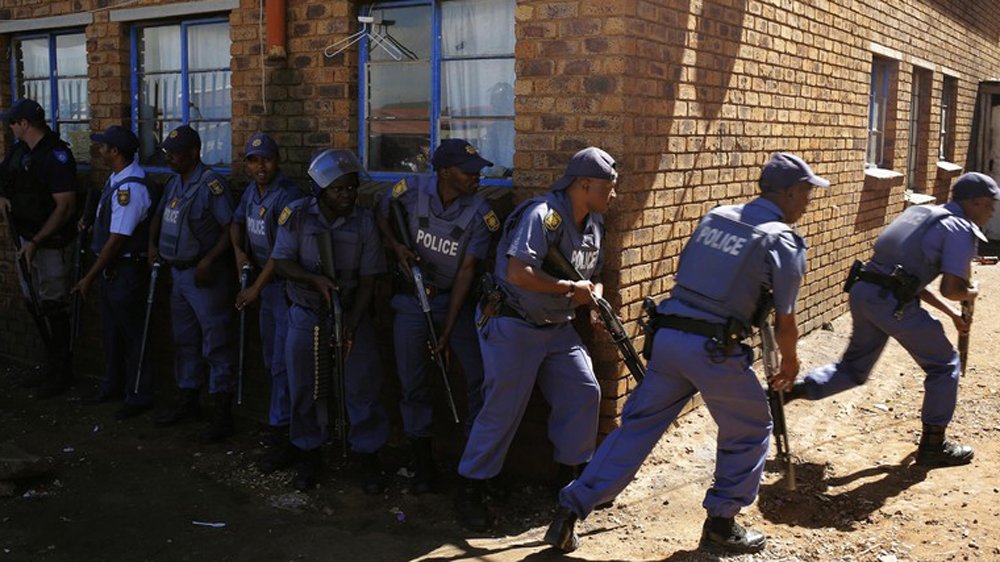 South African police have fired rubber bullets to disperse hundreds of students protesting against rape on campus at Rhodes University, forcing classes to be called off for the day.

Police also used stun grenades and pepper spray to disperse the protesters at the university, located in Grahamstown to the southeast of the country. Five students were arrested.

The protests were fanned by comments posted on social media, a catalyst in last year’s nationwide marches by students against university fee increases.

“The roads were blocked off (by) furniture, brooms, sticks and stones,” police captain Mali Govender said in statement.

She said the crowd of protesters were becoming aggressive and preventing staff members from leaving the premises.

Wednesday’s clashes broke out after a list of 11 alleged perpetrators of sexual offences was circulated at the campus earlier this week and on social media.

Vice Chancellor Sizwe Mabizela told Talk Radio 702 that it was not clear what evidence was used to name the individuals or whether the list had been presented to the police.

“My first obligation is to protect my students, to make sure that they are safe and secure,” he said.

“I was pleading with the police that they release them because with students being arrested it may just escalate this whole situation in the university which is not what we want.”

A wave of student protests have swept across South African universities since 2015, including the clamour for the removal of a statue of Cecil John Rhodes, the British imperialist, and demands by black students to be taught in English rather than Afrikaans, the language they identify with apartheid.

The protests against high tuition fees under the banner #FeesMustFall struck a national chord, forcing President Jacob Zuma to freeze tuition increments for 2016 after protests that culminated in students storming the parliamentary precinct during last year’s budget.