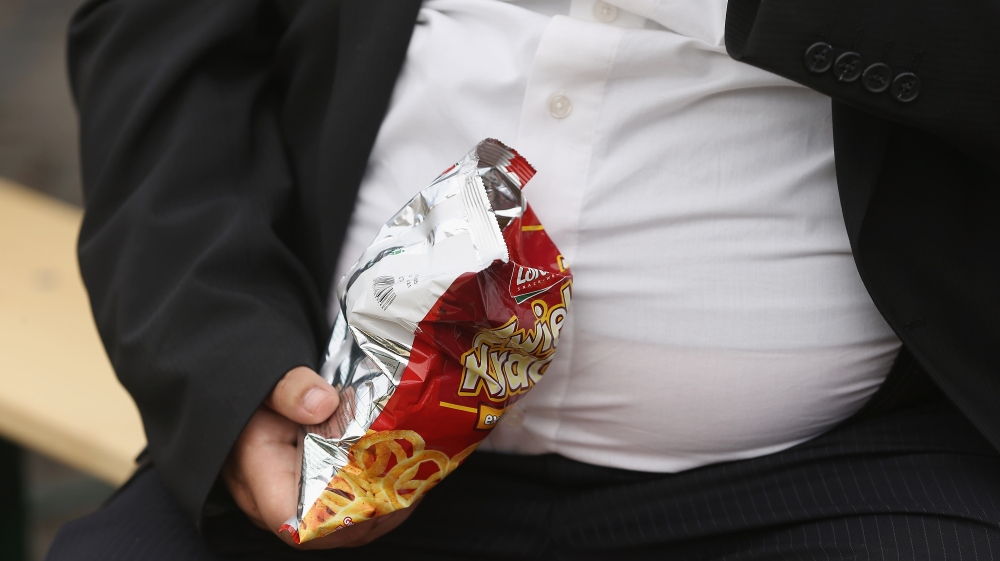 Rates of obesity worldwide are continuing to rise and by 2025, 18 per cent of men and 21 per cent of women worldwide will be obese, according to a report published by The Lancet medical journal in the UK.

The study, released on Thursday, covers individuals from nearly 200 countries and reveals an increase in the number of obese people from 105 million in 1975 to 641 million in 2014, adding that quick action is needed to avoid “an epidemic of severe obesity”.

More than one in 10 men and one in seven women are obese.

It was also revealed that the world has more overweight than underweight people, according to an analysis of global trends in body mass index (BMI).

“Over the past 40 years, we have changed from a world in which underweight prevalence was more than double that of obesity, to one in which more people are obese than underweight,” said senior author Professor Majid Ezzati from the School of Public Health at Imperial College London.

“The number of people across the globe whose weight poses a serious threat to their health is greater than ever before.”

This is equivalent to the world’s population becoming on average 1.5 kg heavier each decade, the researchers said.

Almost a fifth of the world’s obese adults live in six high-income countries: Australia, Canada, Ireland, New Zealand, Britain, and the US.

Meanwhile, excessively low body weight remains a serious public health issue in the world’s poorest regions, the study’s authors said, and rising global trends in obesity should not overshadow the problem of many people not getting enough to eat.

In South Asia, almost a quarter of the population is underweight. In Central and East Africa, about 12 percent of women and 15 percent of men are underweight.

In India and Bangladesh, more than a fifth of men and a quarter of women are underweight, the researchers found.