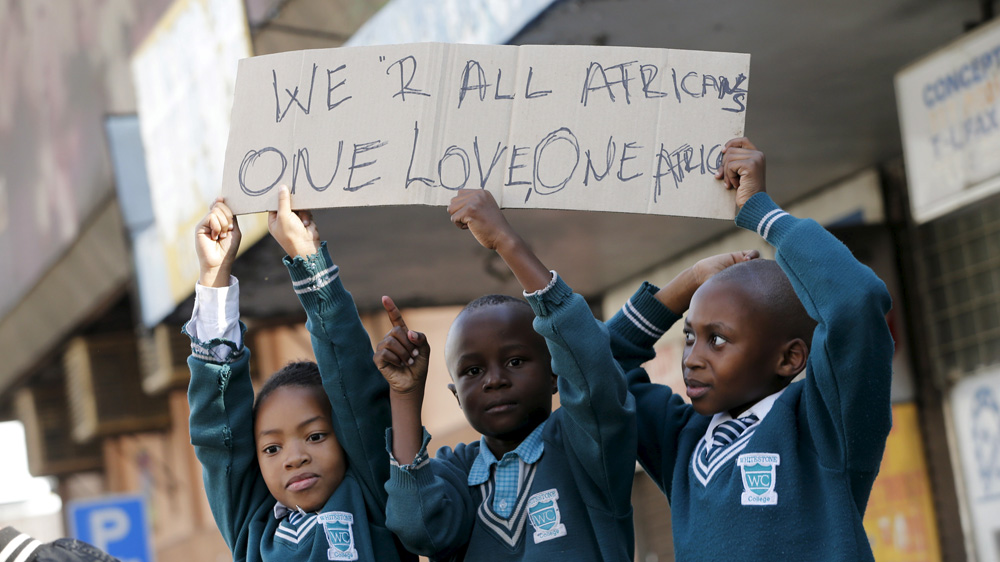 Johannesburg, South Africa – A series of sensational newspaper headlines and the dissemination of false information on social media contributed to the deadly outbreak of xenophobia-related violence last year, a new report says.

“The failure of media houses to contextualise the violent occurrences sent shock waves across the country and around the world,” said the government-commissioned report released on Tuesday that investigated the causes and consequences of the xenophobic attacks in KwaZulu-Natal province.

Seven people were killed and about 5,000 others displaced in a wave of violence against foreign nationals between March and May 2015.

“The spreading of misinformation on social media platforms contributed to widespread panic at the height of the attacks in April 2015,” it said.

“Even up to now there is a lot of fear among African immigrants given that on the streets there are continuous messages flowing indicating that xenophobia is still something that is alive,” Ngubane said.

The report found much of underlying tensions between foreigners and locals had roots in the xenophobia violence of 2008, when 62 people including South Africans were killed. Because these tensions had not been resolved, the report concluded “there is strong possibility of recurrence”.

“The underlying socioeconomic challenges laid the foundation for increased competition for employment, basic social services, and business opportunities within and between various communities,” the report said.

The trigger for the attacks was blamed in part on comments made by King Goodwill Zwelethini. Speaking at a rally in Pongola, northern Kwazulu-Natal, in late March, the monarch is reported to have said that foreigners were changing the nature of South African society.

Zwelithini was quoted as saying, “We urge all foreigners to pack their bags and leave.”

Between March and May, the violence spread to other parts of the province and to Johannesburg. Businesses were looted, homes trashed, and thousands of foreigners were forced to flee and seek refuge in makeshift camps.

Most of those affected were from Malawi, Zimbabwe, Somalia and the DR Congo.

Ndabezinhle Sibiya, a spokesman for KZN premier’s office, told Al Jazeera it was clear from the report that “nothing whatsoever links his majesty to the xenophobic attacks”.

There have been a series of reports of sporadic attacks against foreign nationals across the country in 2016.

In Kwazulu-Natal, unconfirmed reports of violence continue to circulate as several foreign nationals told Al Jazeera about daily travails of intimidation and violence in the townships.

Sibiya, however, dismissed the allegations.

“Sporadic reports? You’re going to create another panic. That’s exactly what Judge Pillay was saying that you guys in the media, you just write up something, you create panic, you create anxiety. There’s just nothing like that,” said Sibiya.

Ngubane said social media was particularly culpable for exacerbating tensions through the circulation of false reports and fabricated images at the height of the violence last year.

“So somehow social media had contributed to the perpetuation of xenophobic sentiment and the flaring of xenophobic violence,” he said.