Mrs Takyiwaa Manuk, the Director of the Social Development Policy Division at the Economic Commission for Africa (ECA)

ADDIS ABABA, Ethiopia, 3 April 2016, -/African Media Agency (AMA)/- Africans are among the most mobile people on earth. 31 million people from the continent have migrated to various parts of the world, including many African countries. Some people choose to migrate, while others are forced to do so either due to war, poverty or persecution. Many become refugees, asylum seekers and labour migrants.

Migration is often considered in the context of the “brain drain” rather than an opportunity, with the perception of African migration being driven essentially by underdevelopment. Increased migration out of Africa is rarely seen as an asset for Africa’s growth.

According to Takyiwaa Manuk, the Director of the Social Development Policy Division at the Economic Commission for Africa (ECA), this misconception has several causes. The most prominent is the current European migration crisis, which dominates media coverage and pushes the migration debate into a negative territory. Irregular migration from Africa to Europe has received extensive attention, but in reality intra-African migration dominates the flow of migrants.

Ms Manuk said that 80% of Africans who migrate do so inside the continent, with only 15% to 20% taking the route to Europe. Ms Manuk was speaking during the ECA’s African Development Week in Addis Ababa. At a side event on international migration in Africa, the panel of experts deconstructed the main causes of the negative perceptions on migration in Africa with a view to changing the discourse around migration and discussing the future of migration on the continent.

Mustapha S. Kaloko, the Commissioner for Social Affairs at the African Union’s Special Session of the Labour and Social Affairs Commission said, “If we consider immigration in a positive way, the brain drain becomes a gain of brains.” Pointing to the opportunity that migration could represent for Africa, he stressed the importance of recognising migration as an important part of development.

Migration, he said, has the potential to reduce unemployment by contributing to economic development through remittances and by importing skills, knowledge and technology to both the countries of origin and destination. Remittance inflows to Africa have quadrupled since 1990, reaching nearly $40 billion (2.6 percent of GDP) in 2010, becoming the continent’s largest source of net foreign inflows after foreign direct investment (FDI).

Good political management of inter-African migration is also required in order to establish long-term “attractive programmes”. Mr Kaloko called on AU member states to design policies that secure the benefits of migration at global and regional levels with involvement of the countries of destination and the countries of origin. These policies could range from facilitating more orderly and safe migration and visa free travel in Africa, to promoting the integration of migrants into the host country.

The discussion highlighted the role that African governments can play in securing the benefits of migration for regional integration and economic development, stating that more effective policies and markets could help to improve the match between labour market demands and the huge supply of skilled workers.

The weakness of current data on migration was highlighted by Awil Mohamoud, Director of the African Diaspora Policy Centre, who pointed out that reliable data would help change overall perceptions on migration, as well as helping the development of appropriate strategies. The Forum panellists concluded that with the world’s youngest population, Africa needs to develop the right policies in order to transform migration into an economic and social opportunity for the continent.

The post Migration is an opportunity for Africa, if managed properly appeared first on African Media Agency.

Global partnerships can work if they are aligned with Africa’s strategic objectives, supported by a unified continental voice 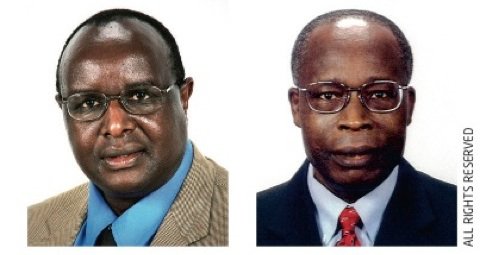 Last word: The way of the dragon?