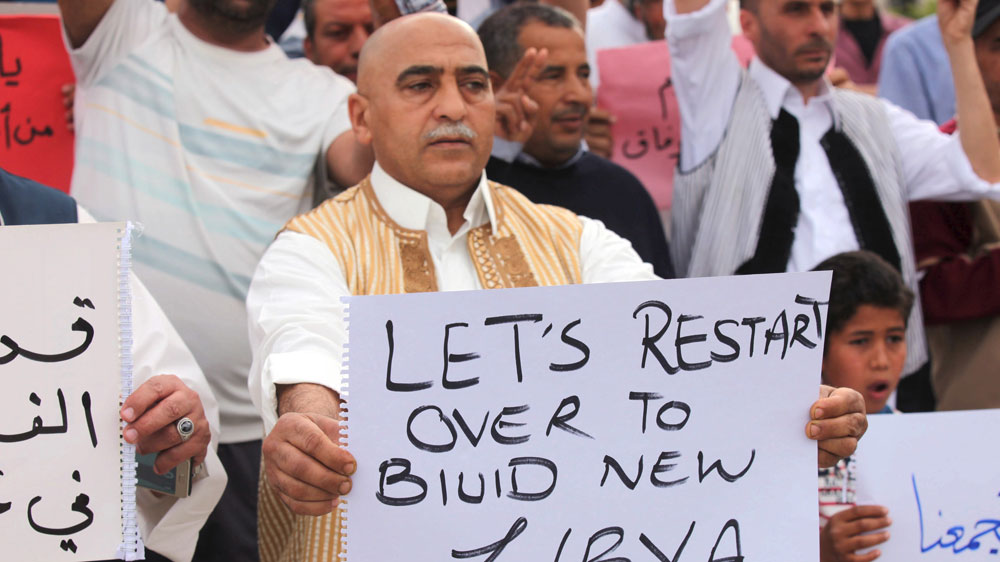 Libya’s unrecognised government, which is based in the capital, Tripoli, has announced in a statement that it is ceding power to a UN-backed unity government to avoid further sectarian clashes.

The statement was released on Tuesday, almost a week after prime minister-designate Fayez al-Sarraj arrived in Tripoli to assert the unity government’s authority.

“We inform you that we are ceasing the activities entrusted to us as an executive power,” the announcement said.

The statement, bearing the logo of the so-called National Salvation Government headed by Khalifa Ghweil, said the Tripoli prime minister, his deputy premiers and cabinet ministers were all stepping aside.

It added that the Tripoli officials decided to exit as they were committed to “preserve the higher interests of the country and prevent bloodshed and divisions” in the North African country.

The statement, received by AFP and published on the website of the justice ministry of the unrecognised Tripoli authorities, said that the Ghweil administration was “no longer responsible… for what could happen in the future”.

A history of rivalry

The country has been in turmoil since the 2011 NATO-backed uprising that toppled and killed longtime dictator Muammar Gaddafi, with rival forces battling for its cities and oil wealth.

The country has hosted two rival administrations since mid-2014 after a militia alliance overran the capital, installing its authority and forcing the internationally recognised parliament to flee to the country’s remote east.

Sarraj, a businessman from Tripoli, and his unity government have not yet received the endorsement of the government backed by the internationally recognised parliament in the east.

Africa: Afreximbank Cancels 2020 Annual Meeting Side Events Due to COVID-19