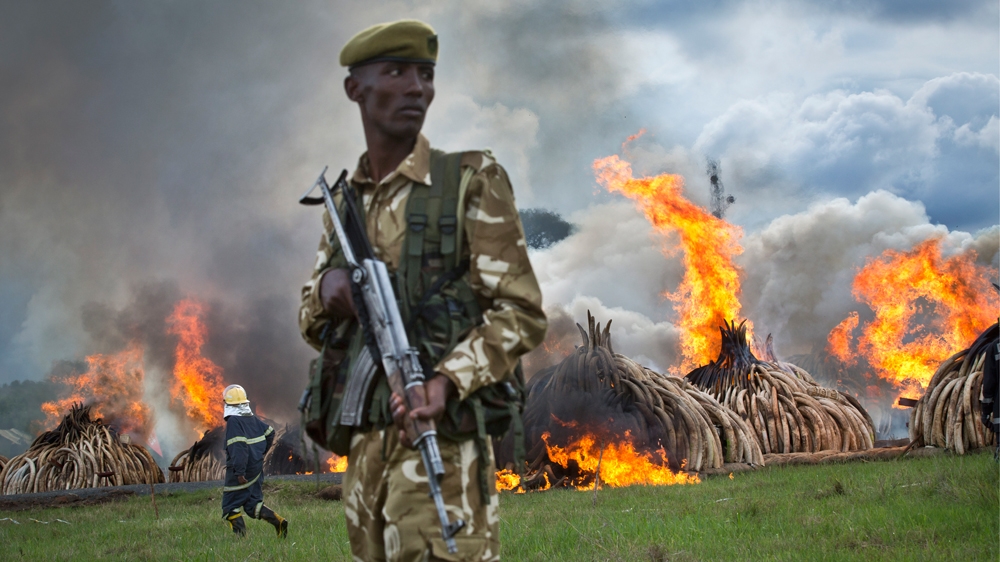 Kenya’s president has set fire to 105 tonnes of elephant ivory and more than 1 tonne of rhino horn, in a statement against the trade in ivory and products from endangered species.

Uhuru Kenyatta put a flame to the biggest of 11 pyres of ivory tusks and one of rhino horn in a chilly afternoon on Saturday.

“This is the largest stockpile destroyed in Africa,” said Al Jazeera’s Catherine Soi, reporting from Nairobi.

“The message here is that elephants are worth more alive than dead … This ivory is not all from Kenya. Some of it has been intercepted while in transit from other African countries,” she said.

Overnight torrential rains that stopped at around noon had threatened to ruin the event and created a mudfield in the ground around the piles inside the Nairobi National Park.

Kenyatta said Kenya will push for the total ban on trade in ivory at the 17th meeting of the Convention on International Trade of Endangered Species to be held in South Africa later this year.