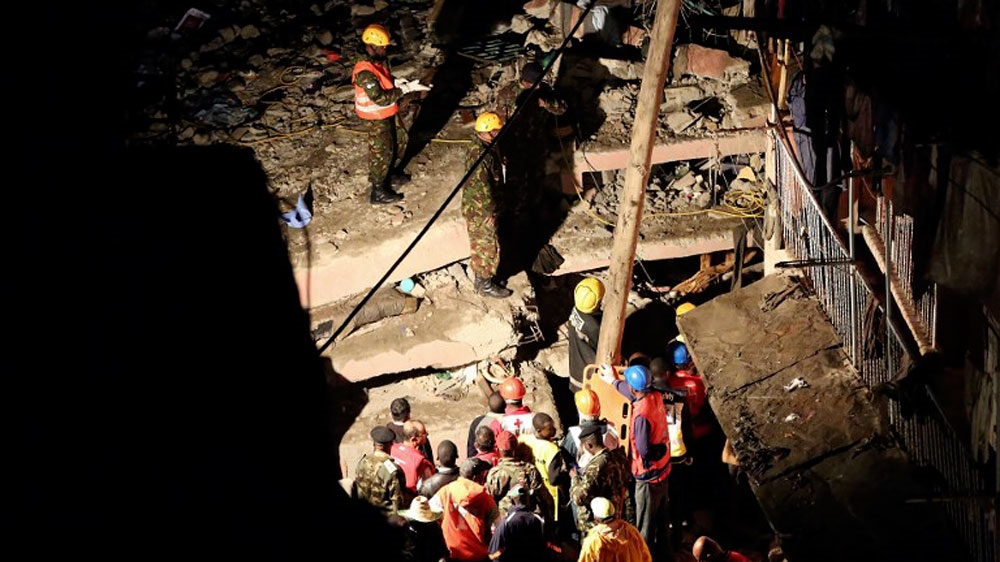 A child has been pulled alive from the rubble after a building collapse in Nairobi killed at least seven people.

The survivor was found 10 hours after the building collapsed on Friday night in the poor neighbourhood of Huruna as torrential rain lashed the Kenyan capital.

More than 120 people were rescued and taken to hospital, according to AFP.

It is unknown how many people are still trapped in the debris.

Nairobi Deputy Governor, Jonathan Mueke, said an investigation would look into why the building collapsed.

“The building went down during the heavy rains, but we still want to establish if all the procedures were followed when it was constructed,” he said.

Area legislator Stephen Kariuki said this was the second building to collapse in a year. He blamed the county government for failing to follow through with demolitions of buildings that were identified as unfit for human habitation.

Nairobi has seen a building boom over the last few years, but there are questions about the quality of materials used and the speed of construction.

President Uhuru Kenyatta last year ordered an audit of all the country’s buildings to see if they are up to code after eight buildings collapsed, killing at least 15 people.

The report from the audit by the National Construction Authority found that 58 percent of buildings in the capital are unfit for habitation.

The collapse happened during some of the heaviest downpours of the rainy season which started in March.

The rains also killed at least seven other people across the city, including two people who drowned when their vehicle was swept away by flood waters, and four who were crushed when a wall collapsed.

As the rain poured, roads were flooded and traffic was brought to a standstill.

There are two wet seasons in Nairobi, the first one between March and May and the other in October and November.

The current rains are known as the “long rains” and bring the heaviest downpours of the year.

More rain is forecast over the next few days.