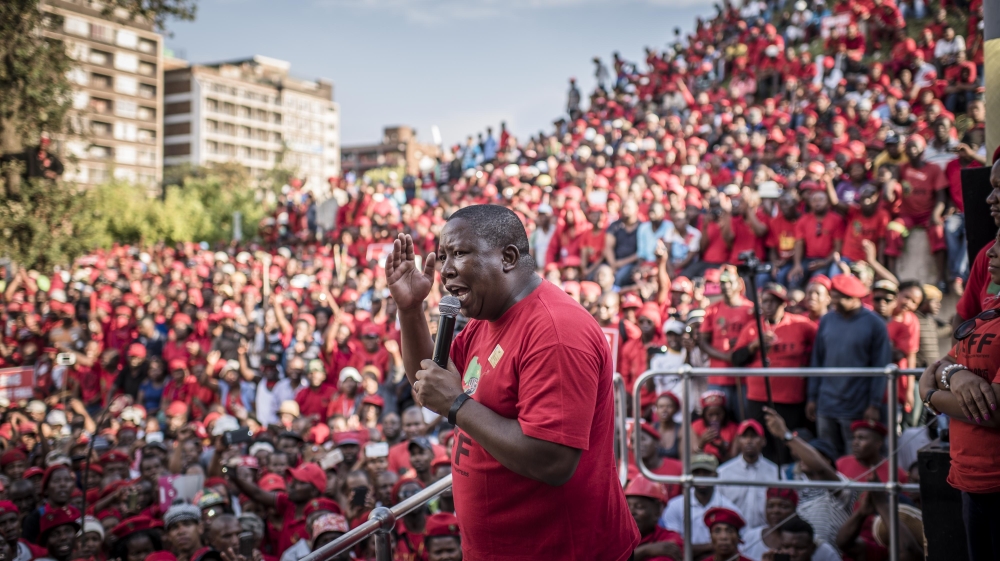 Julius Malema is never far from the spotlight. In 2012, his aggressive and divisive brand of rhetoric led to expulsion from South Africa’s ruling African National Congress (ANC).

Many observers wrote him off, but he re-emerged quickly as head of a new party, the Economic Freedom Fighters (EFF), becoming a member of parliament in 2014.

Their fight, Malema says, is against white-held capital, and the “irritant” as he now describes Jacob Zuma.

His economic policies, including nationalisation of industry and expropriation without compensation, play well on the streets and badly in company boardrooms.

“We are not to wage any war against Zuma and the ANC,” Malema says.

A controversial and often contradictory figure, Malema is a confirmed capitalist himself, known for his expensive taste, while much less is known about the source of his wealth.

He has been accused of corruption, convicted of hate speech, yet to his supporters he is a revolutionary, proceeding where the ANC has failed – to reduce inequality, redistribute wealth – and even, if necessary, to defend their rights by force.

He says that he is willing to take up arms against Zuma’s government and “remove the parliament through the barrel of a gun” if they push them to do so.

“We are not going to accept. Part of the revolutionary duty is to fight and we are not at shame if the need arise for us to take up arms and fight. We will fight.

“And if they are going to respond violently like they did in the township of Alexandra just outside Johannesburg, when people said these results do not reflect the outcome of our vote, they sent the army to go and intimidate our people.

Julius Malema talks to Al Jazeera about the ANC and Zuma, his South African revolution and his vision for the future of the country. 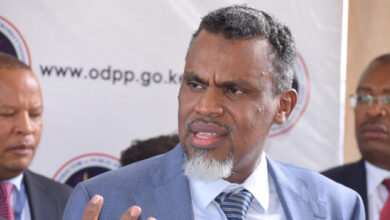