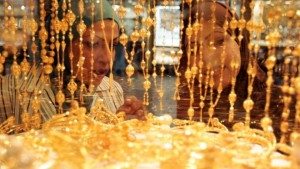 Dubai likes to describe itself as the city of gold – but many, including Nigerians, don’t just come here to buy new jewellery, they also bring their old necklaces and bracelets to be melted down and restyled.

Rows of 22-carat gold chains and bracelets twinkle in the shops at Dubai’s main airport, one of the busiest in the world. Waiting by the gate for the 14:25 flight to Lagos in Nigeria, is the Esochaghi family, who are returning home after a shopping trip.

“My favourite pieces are these necklaces,” says Ugochi Esochaghi, gesturing towards a small butterfly bobbing on a chain round her neck. “I got one for my daughter too, spelling out her name,” she smiles, as toddler Valeria sucks her thumb.

“For me and my family, gold is a really treasured thing. I was brought up with it, I love it.”

Esochaghi’s gold butterfly sparkles under the bright airport lighting as she describes her latest visit to Dubai’s famous gold souk. “We brought some of our old jewellery and it was weighed. We were then given some designs to choose from and the ones we wanted were created by melting down the gold we already had.

“It took around two days from start to finish. The product is good and it’s also cheaper here than in Nigeria.”

Husband Enyioha, who has been anxiously watching the airport clock, agrees to pose for a photo with a bottle of Johnnie Walker Gold Label whisky he bought in duty free. Esochaghi can’t hide her glee. “You don’t see this everywhere, it’s a special thing so we’re giving it to a good friend as a gift.”

But is it normal for Nigerian families to travel to Dubai to buy gold?”Yes,” says Esochaghi, as she heads for the departure gate. “A lot of my friends come here. It’s a popular thing to do.” One of seven Emirates, for years Dubai has been furiously marketing itself as a tourist hub – last year it attracted more than 14 million visitors who stayed for at least one night. And gold tourism has been carefully cultivated.

Although there are other global centres for the gold trade – India and China being two of the biggest – according to the World Gold Council (WGC) about 30-40% of the world’s gold flows through tiny Dubai.

“Ten to 15 years ago Dubai became famous as a gold souk. Since then it’s developed as a commodities centre, and a trading business has emerged,” says John Mulligan, the WGC’s head of member investor relations.

Not having a sales tax is key, Mulligan says, as is the quality of the gold on sale, which makes it an attractive investment. “It’s generally high caratage, which means it’s relatively pure. If you’re buying jewellery, the gold will have high intrinsic value. Because of this it will be easy to work out how much it’s worth.”

Ugochi Akwiwu, a travel blogger, tells me more about her love of gold from her home in Benin City, Nigeria. “Nigerians in general love gold and in my part of the country it’s a show of wealth,” she says.

“My roots are with the Igbo community in south-east Nigeria and it’s traditional for mothers to hand down their gold to their daughters. Men get property and land, women inherit gold and Hollandais – traditional patterned fabric wraps.”

Akwiwu travels to Dubai once a year, invariably coming back with gold, often in the form of earrings. These are just for herself and her family but others have turned shopping trips into a business. “When I was at school some of my classmates made money by buying gold in Dubai and selling it in Nigeria.

“A few managed to put themselves through university with the profit. Gold is roughly $5 (£3.60; 4.50 euros) a gram cheaper over in Dubai and who doesn’t like a bargain?” 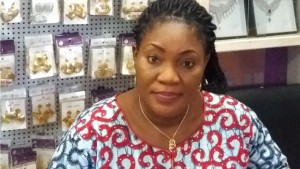 With fluctuating exchange rates, the price disparity can be even greater and there are opportunities for serious buyers. Lagos-based Talutu Ahmed Olulana, for example, is a self-made woman who trades in gold. “We buy around 5kg of gold a year and the source depends of what it’s used for,” she says. “I get raw gold from Africa but for finished gold I’ll go to Italy, India and Dubai.

“Gold is a store of value, it is movable, divisible, it appreciates and it provides a hedge against inflation. It’s really a true measure of wealth.”

Yet, like Akwiwu, she does not only regard gold as a commodity to be bought and sold. “It’s symbol of royalty. Traditionally kings, queens and chiefs would be adorned with what we call the king of metals – gold,” she says.

“I’m from Kogi state in north-central Nigeria and culturally we ascribe a lot of importance to owning it. In most parts of my state owning gold is a prerequisite of marriage.”

Fast cars and flashy jets may come and go, but – for Nigerians in particular – there will always be gold. 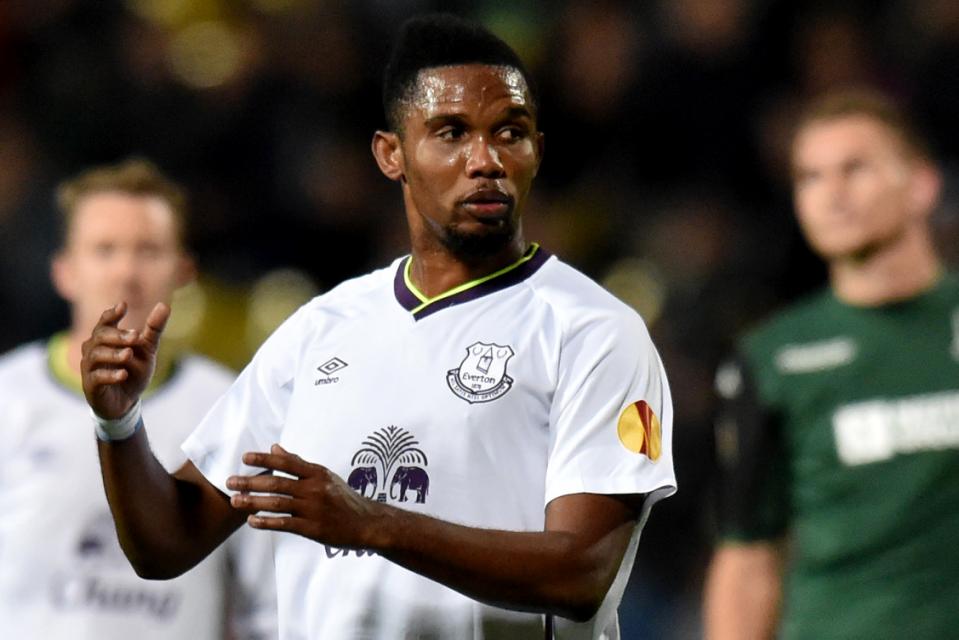