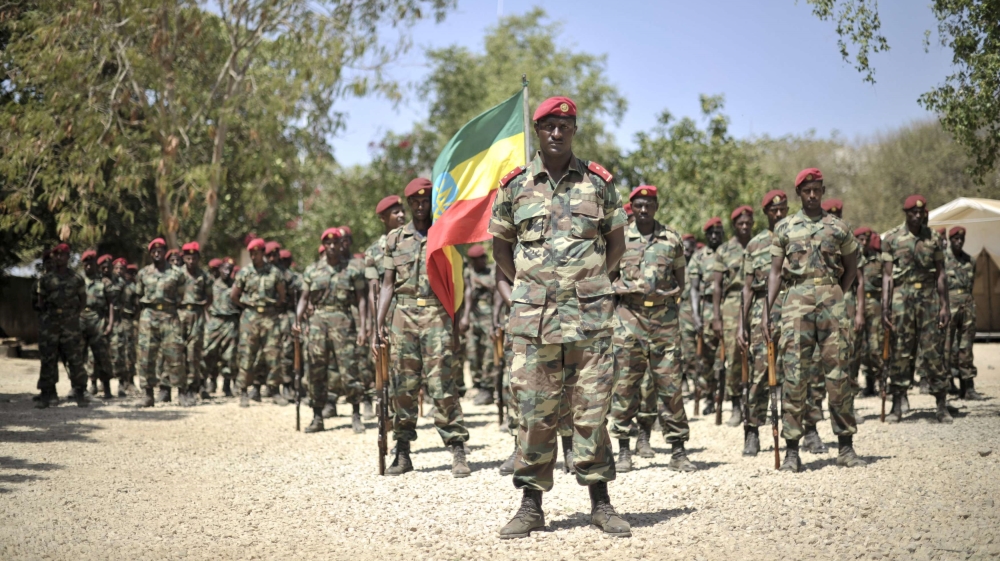 Gambela, Ethiopia – Three-year-old Nyakuar sleeps, but restlessly, at a hospital in South Sudan.

She is from Ethiopia and last week she witnessed things nobody her age, nobody at all, should have to.

Her village, and several others in the Gambela region of western Ethiopia, which straddles the border between those two countries, was attacked at dawn by heavily-armed men who had crossed the porous border from South Sudan.

They were merciless, shooting indiscriminately and burning down people’s homes. When they were finished, 208 people were dead and 2,000 head of cattle had been stolen.

But, what has shocked this country, is that they also kidnapped more than 100 children.

Nyakuar was shot in the arm and another bullet grazed the side of her head.

Her brother, also shot in the head, is dead.

A few beds away lies her mother, Nyaruach Wang, asleep and still very weak. Doctors told us they had to sedate her because she was in too much pain. She was shot four times and two of her other children were among those spirited over the border.

In the men’s ward, Gathuak Reath’s leg is in a cast because his bone was shattered by a bullet. He has since heard that seven of his relatives were killed in their village, Nip Nip.

“I was asleep when they came,” he said. “They were wearing military uniforms. They started shooting and burning our houses. I took my wife and child and just ran. But then I was shot and I had to hide in the bush.”

About 20 survivors from the attack are in this hospital and there are many others at the main hospital in Gambela.

The raid has set off a wave of revulsion across Ethiopian social media and sparked fears, already held by many, that a civil war raging in South Sudan could spill over the near invisible border.

Those attacked in Ethiopia were from the Nuer tribe, which is also the second largest tribe in South Sudan. Ethiopian officials, and witnesses spoken to by Al Jazeera, have blamed the attack on members of the rival Murle community. Gathuak Reath and others told us they recognised their tribal markings.

The Ethiopian army has now moved in and the border area has become a militarised zone. The government says that its troops – with the permission of South Sudan’s government – have crossed the frontier and some officials say they are closing in on the area where they believe the children are being held.

It’s a sensitive mission that requires a solid strategy to ensure that the children are unharmed.

Cross-border attacks are not uncommon in these areas and children have been kidnapped before. But never like this, never on this scale. People here are being told to stay in their villages. But many are now afraid.

As Ethiopians mourn, they have one hope.

That the children come back safe.

The post Ethiopia attack: “I took my wife and child and ran” appeared first on African Media Agency.